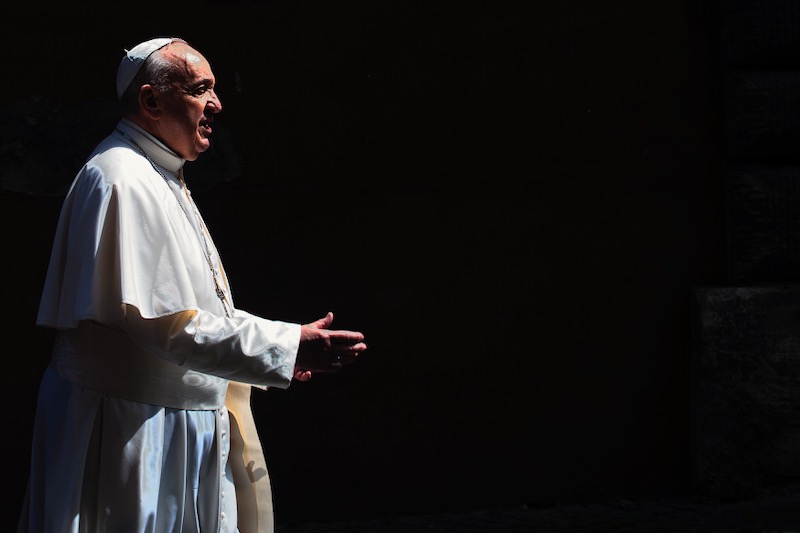 Covid-19 and the help of human kindness 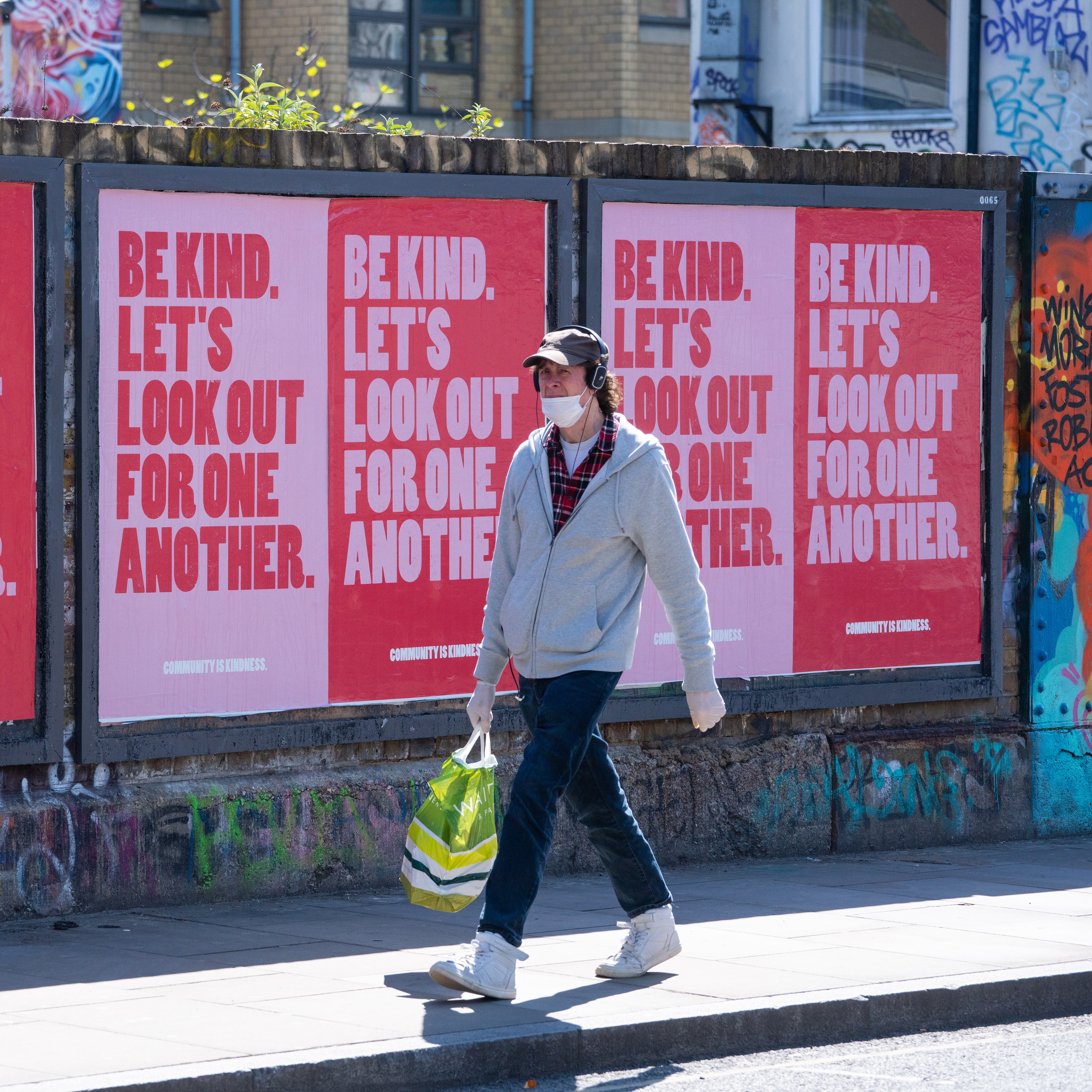 It’s difficult not to feel as though you are in a controlled experiment at the moment.  Everyone is unable to leave the house for more than an hour a day, and we know each other quite well (though there are still surprises to be had).   We coincide and intersect, but for everyone’s comfort and sanity, we all seek to preserve our separate trajectories. It’s a bit like those graphs newspapers are using to compare the stages of coronavirus in different countries: each one of us has a separate colour.

Creating a narrative is how we interpret our lives generally - many people without even thinking about it.  But now there is more time to think, and more conscious (and self-conscious) choices to be made, in a restricted field of operations.   It is interesting to watch the intersections and occasional collisions. It’s also fascinating to use the knowledge I have of each person to see whether I can work out which version of a personal narrative they are using.  I know what sort of books they liked when they were little, but they have gone off on various tangents since, some of which I know, some I don’t.

We came home last summer after several years abroad and I have been rearranging books ever since.  I am nowhere near finished yet, but I have at least managed to get the fiction into more or less alphabetical order.  It was a real pleasure to do it (well, it would have been if I’d had a few more bookcases), but I am so glad now to be able to put my hand on what I am looking for.  I found so many old friends when I was stacking, and it’s fun to recommend something and now be able to nag until it actually gets read. Odd gaps appear; Mary has read a lot of history and journalism, but had never actually read Animal Farm till now, nor The Prisoner of Zenda either.  And her brother did all the nagging on that one, which amused me.

Because circumstances at the moment are tense and mentally uncomfortable, we all tend to default into our most comfortable version of reading, to give us reassurance and solace.  This can lead to some hilarious juxtapositions. John’s favourite fiction is Ruritanian romance, horror, and dystopian sci-fi, which sometimes clashes with Rachel and Margaret’s comfort-rereading of the entire Chalet School series (nice orderly universe, real external threat and danger; reassuring cast of characters, and plenty of them; and always a happy ending).  He is living in a parallel universe where a recurring character called Greg is regularly attacked by something, with a post-it note left helpfully at the scene (latest culprits have been the microwave and an aggressive orange).   Everyone finds their own way to cope.

Margaret is charmed by the easy parallels between the Little House on the Prairie series and some of the things we are doing, the make do and mend, the food storage and calculation etc.  I can’t argue because those books are exactly where I found my point of reference recently when I read the reports of the swarms of locusts arriving in Kenya, before lockdown, which feels like long ago now.  There’s a harrowing scene in one book: the pioneer family is farming in the mid-West, when the locusts arrive and eat their way through the entire growing crop. I’ve never even seen a locust, but Laura Ingalls Wilder (who was, of course, writing directly from her own lived experience) describes them so vividly, with such fear and disgust, that my reaction to the Kenyan locusts was completely visceral.  Reading extends our experience, and gives us the framework to make sense of it. I was fascinated to read the interview with the Pope in my last Tablet, which finally made it here yesterday (and thank you very much to all those involved in creating, processing and delivering it, we really appreciate the effort),  because you can see Francis himself using favourite stories to formulate and explain what he thinks is going on, though with more serious referents (Manzoni, Dostoyevski, and the Aeneid, all at least partly fictional narratives).

Rachel, our eldest daughter who is being shielded, has to keep to her room (mostly), so she can’t add her tuppence-worth to other people’s narratives, but she is certainly running her own.  She shouts, ‘Prison break!’ before going into the garden for a bit of exercise, which is helpful, as it means that the rest of us can keep out of the way and give her the run of the garden. I suspect she is thinking more of The Prisoner of Zenda  than Papillon, at least I hope so.  She and I share a fondness for what we call Protestant Work Ethic books (usually American Victorian women authors), so we encourage each other with references to Angels in the Home and characters who, though confined to a couch (often crippled in youth), are nonetheless powerhouses of Good Works and other people’s salvation.   Her steam cup (helps with the asthma soreness) is known as the croup kettle, after a very exciting episode in Anne of Green Gables.

Since the children were tiny, we have had a blackboard on a wall near the kitchen.  It started out level with the skirting board, but moved upwards for ease of use as they got bigger, and is now just under the picture rail.  People use it to leave messages (‘this printer prints on the visible face’), important dates or greetings, seasonal decorations, bloodthirsty threats from me if necessary and so on.  There are also joke sequences, where people try to cap or at least contribute to someone else’s thread. It’s one version of the family narrative. Interestingly, it isn’t being used much at the moment, and I think this is because people are concentrating on keeping their own separate space while living on top of each other without the usual safety valves.

We find parallels to what is going on in much-loved narratives, and so try to keep a handle on the worry and foreboding.  Stories have to have a beginning, a middle and an end. The pandemic and lockdown were the beginning; we are living through the middle section, even though we don’t know how long it will be;  and we still have no idea how far off the end is. So it’s comforting to find any sort of parallel that does have an ending. I find it odd how many people say, ‘This is an unprecedented situation’, almost with an air of pride, as I don’t think it is unprecedented.  There are situations like this in almost every country’s history, even if we have been lucky enough not to live through one before. We are better-equipped to deal with it than many other parts of the world. But, like pregnancy or going on a bear hunt, you can’t go over it; you can’t go under it; you have to go through it; and what you need to help you do so, is a narrative which works for you.

Currently the household as an entity does not have a single narrative, except at a basic level.  I suspect one may emerge with hindsight, as this family likes to tell its own stories and create ‘instant traditions’.   For now it’s more important for each person to have a separate area. Mary sits lightly to lunch, and chooses not to eat with the rest of us until evening.  Rachel is stuck with trays and eating alone, but we all feel this is a hardship that needs mitigating. So we have a take-out once a week, as a treat, and to be able to eat at least one family meal with Rachel.  We sit spaced out on the staircase, but everyone can join the conversation (and if it’s pizza, without needing lots of plates and cutlery). This makes me think of Armistead Maupin, and the shared house being a community in Tales of the City, but I know Margaret is thinking of her much-loved Friends.  It doesn’t matter: whatever works.  We all enjoy it, and Rachel gets a full dose of the standard family blether.

There is another technique which I find helpful, and it’s almost the opposite: I try to cope with one day at a time.  When I’m really worried about not just the virus but also the other health problems (all still there, though we’re praying for no flare-ups just now), it’s better to make a deliberate choice not to worry about more than one day at a time.  When you wake up and the sickening realisation lands on your chest that it wasn’t a bad dream and the situation is still the same, at least you can think, ‘I’ll deal with all that another day. For today, I just need to keep everyone fed and safe (and try and fit a bit of work in);  I just need to make it through today’. Sounds familiar? ‘Don’t worry about tomorrow’, straight out of the Sermon on the Mount. Short and simple, even if hard to carry out, but the most practical advice I have found.  Of course, there’s a literary parallel for this as well, I’ve just realised (as well as an old hymn, ‘Just for today’).   It’s Scarlett O’Hara in Gone with the Wind (the film is great, but the book is better). Impeccably brought-up Catholic woman, dealing with much more difficult circumstances than mine: a helpful narrative.

Kate Keefe was born in Staffordshire, England and studied at Cambridge and Oxford Universities. She has lived and sung in England, Italy, the Czech Republic, Kenya, Georgia, Russia and the Balkans. She writes musical settings for mass, found here, and blogs about it here.

Islam's supremist ideology cannot accept equal rights with Jews or Christians and must always be dominant in law, government and religion. Minorities in a Muslim country feel themselves subdued and inferior. What basis is that for peaceful co-existence?