Covid-19 and the moral bankruptcy of bankers

Coronavirus and the common good 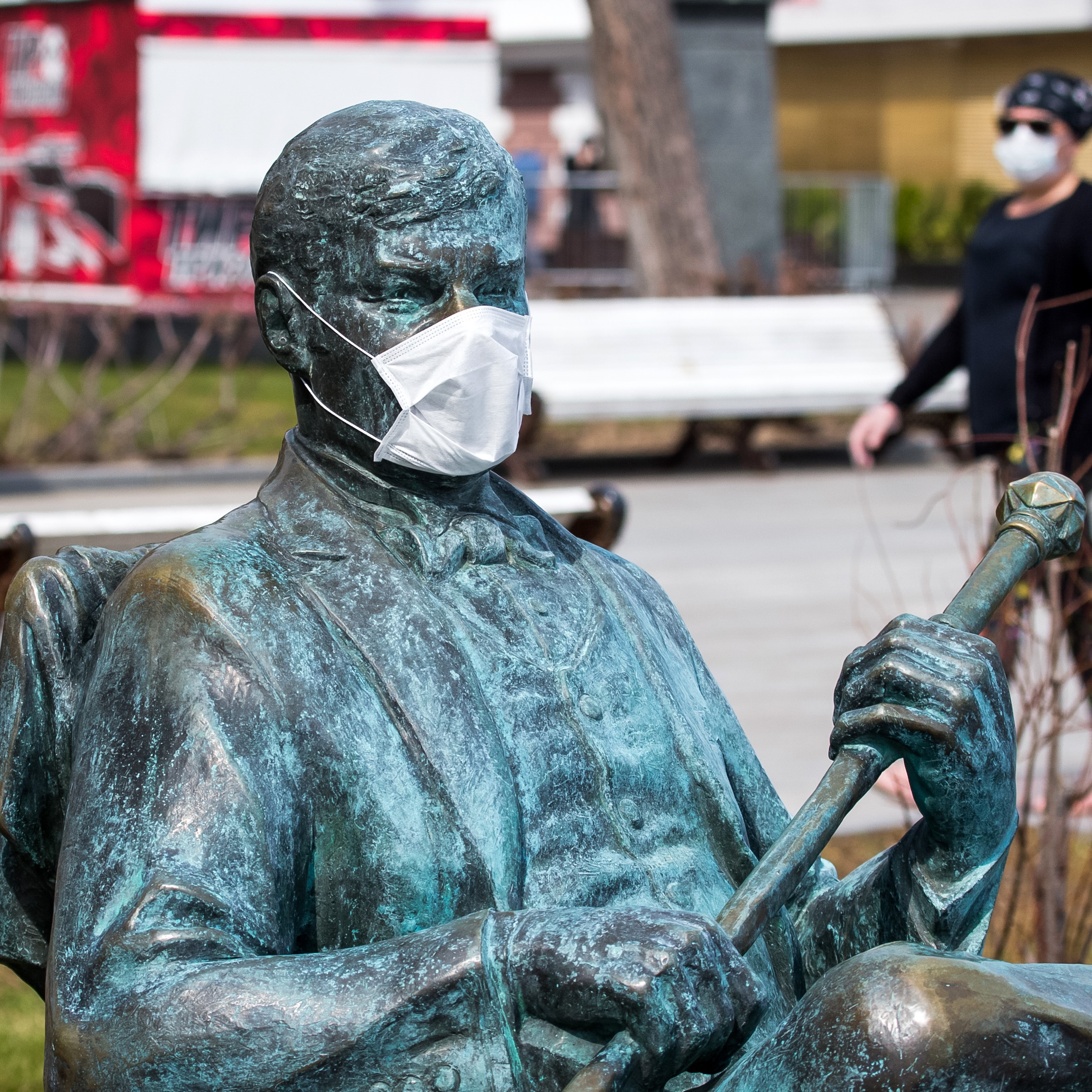 Crimea, Russia, A statue in a face mask seen in a street in the city of Yalta, 30 March 2020
Sergei Malgavko/Tass/PA Images

What were you doing on Monday, before the Prime Minister effectively introduced lockdown measures? Or a week ago before the pubs shut? Two weeks ago when employees were urged not to commute to work? One month ago when Coronavirus only seemed relevant to returnees from Italy and Asia? Freedoms have vanished at such a rate that it is hard to keep count of them.

Which freedom do you miss the most? One of the most unimaginable – at least until very recently – is the almost total lack of air travel. The effect of the pandemic on pollution is beyond an environmentalist’s dreams; the near constant hum of engines has been replaced by birdsong. Those most at risk from the grounding of air transport are not sun-starved travel junkies but the many thousands of airport and airline employees, caterers and taxi drivers. From the consumer perspective, freedoms such as travel and socialising in safety have been a great luxury that most of us took for granted. In Britain we may look back on the years leading up to 2020 and wonder why we spent them trying to “take back control”. We had more control than we knew what to do with, but didn’t realise it could so easily slip from our hands.

So where do we go from here? Tales already abound of a shift in focus from the individual to collective. When else have people stood outside their front doors clapping the NHS as they did last night? The government’s appeal on Tuesday for 250,000 volunteers to help “shield” 1.5 million vulnerable people from the virus was met with an astonishing 500,000 responses in the first 24 hours. Newly created neighbourhood WhatsApp groups are buzzing with offers of veg-swapping and help for those who are self-isolating.

Leisure activities that took people away from their neighbourhoods have been halted. Until yesterday at least, neighbours stopped to chat to each other, albeit from the recommended safe distance of two metres apart. The ease of travel and freedom of movement that helps turn someone into a “anywhere” has been temporarily made impossible, so this could be the summer of “somewheres”, as we get to know our neighbourhoods on foot, inch by inch.

Then there is the other side – of stockpiling, of individuals selling on essentials at vastly inflated prices, of ignoring the government’s restrictions on social distancing.

This crisis has already highlighted the network of dependencies involved in our ability to stay healthy. We might have enjoyed control over our travel and leisure plans but much of our relatively good health prior to this outbreak has not just been down to us, but to goods as fundamental as reliable water supplies, safe open spaces for exercise, and of course the NHS. Our health, like much of the freedom-rich life we took for granted, is a common good.

It is still far too early to say what changes this pandemic will bring, as a public health issue or as an economic crisis if predictions of deep recession are correct. The communal ties that develop may be tested if job losses worsen and incomes dry up. But they will be desperately needed. As will a government that recognises their potency and leaves the Brexit-era rhetoric of division and scape-goating far behind.