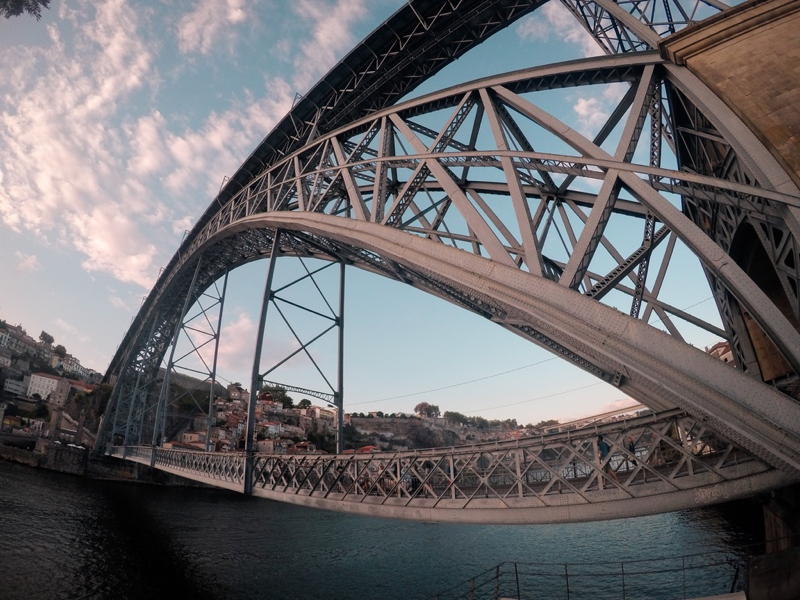 Oporto: a light unto the nations

Since the awful revelation last November of the death of 39 Vietnamese people in the back of a refrigerated container lorry in Essex, we have all become much more aware of the extent of people smuggling.

It begins in what we used to call "the third world", but which should be called "the majority world", where there is poverty, hunger, war, environmental disaster, poor job prospects and limited opportunities for all but the very rich or the very lucky. False promises are made and people leave their homes, hoping to better themselves. Nobody mentions the word slavery. Misled by promises of employment and the hope of financial reward, they take the risk of leaving behind their families and their communities.

It’s a highly organised and extremely profitable illegal trade that sends the poor of Asia, Africa and the Middle East on dangerous journeys to the West in the hope of a share in our riches. The terrible truth is that people are a more profitable than drugs and it’s a lot less risky trade for the dealers. There are a lot more arrests for drug smuggling than for people trafficking.

Estimates vary about the numbers involved worldwide.  At the low end it’s 21 million people; at the high end it’s 45 million.  High or low, they are enormous numbers.  In Europe numbers are estimated at around the 3-4 million mark; in the UK estimates are around 136,000.

If you wonder where they end up, the awful answer is "everywhere".  Modern slavery is in every town in the country; in occupations where people aren’t paid a proper wage, live in cramped conditions, aren’t properly clothed, have their housing costs deducted from a tiny wage, or aren’t properly fed; they are picking and packing fruit and vegetables, washing cars, working in nail bars, delivering pizzas or leaflets, begging in the streets, in domestic servitude, selling drugs in ‘county lines’ and, of course, in the sex trade. They are even used for organ harvesting.

The churches have been heavily involved in combating this terrible trade. The Salvation Army is the lead organisation in caring for adult victims; the Church of England has the Clewer Initiative; in the wider RC church we have the Medaille Trust, The Passage and several initiatives are being developed in Salford and other dioceses. As well as a strategy of speaking to every parish in Birmingham archdiocese, the Medaille Trust runs a network of safe houses for rescued victims of trafficking.

In 2015 the UK government passed the Modern Slavery Act and appointed Kevin Hyland as the UK’s first Independent Anti-Slavery Commissioner. As a senior police officer, with helicopters, armed police, search dogs and electronic surveillance at his disposal, he found that his most useful resource was groups of religious sisters. The power of trustworthy kindness encourages us to believe that we can make a difference.

In Liverpool, with its history of "Better Together", there are the beginnings of ecumenical and secular cooperation to combat this scandal of modern-day slavery.  After Kevin Hyland’s talk at the annual Justice and Peace Memorial Lecture in January, experts from different fields opened up some of the complexities of the subject with a view to encouraging parishes to get involved. On the eve of the 8 February feast of St Josephine Bakhita, the patron of victims of trafficking and those who work to combat it, the Salvation Army will help us trial a model for a parish meeting at St Vincent’s in the city; in March, there will be an event at the Anglican cathedral; in April a walk of witness in the city centre; in July we hope to gather reps from parishes across the archdiocese for the launch of a diocesan wide campaign. Please remember us in your prayers.

Steve Atherton is Justice and Peace fieldworker for the Archdiocese of Liverpool.