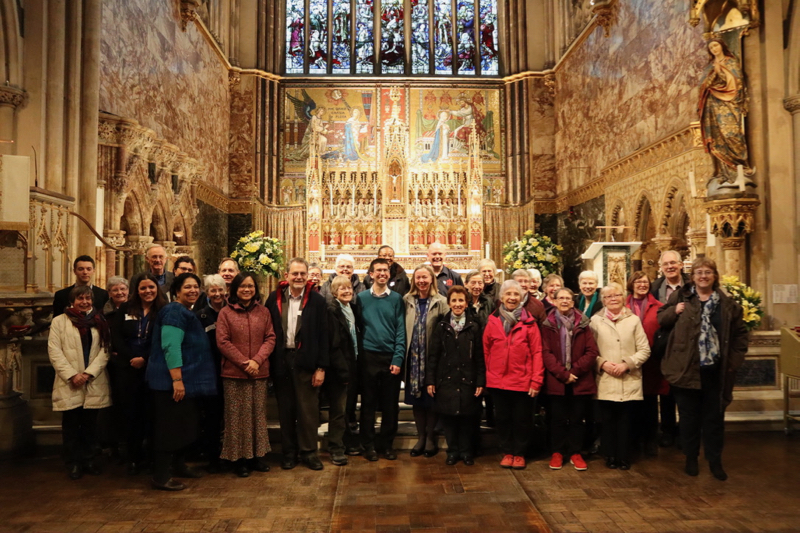 Despite the dangers of Nigeria, there is hope for the future 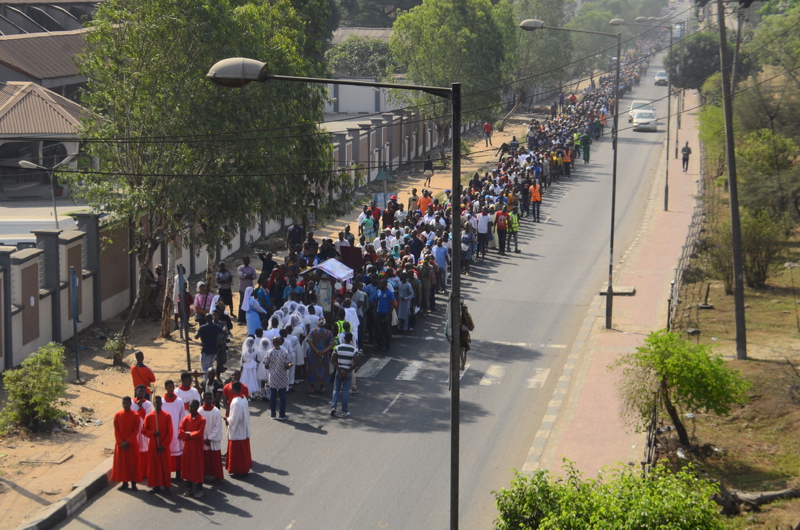 Catholic in Lagos, Nigeria on 1 January 2020 joined the rest of the world to celebrate the Solemnity of Mary, Mother of God,
Olukayode Jaiyeola/NurPhoto/PA Images

Nigeria has an estimated population of almost 200 million with roughly equal numbers of Christians and Muslims.  Its interfaith relations have implications for the whole of Africa.  Through terror Boko Haram, whose name meams "western education forbidden", has dominated the life of the states in the north-east, spilling over a porous border into Niger, Chad and Northern Cameroon.  This border, once noted for vehicle smuggling, has always fostered criminal networks; it was a natural conduit for weapons. I remember a high-level Muslim delegation from Ghana coming to Lambeth to discuss their fears that a similar perverted form of violent Islamism might emerge in the North of their country.

Boko Haram is so extreme that a faction that wanted to prioritise recruitment, rather than attacks on local Muslims, split away during 2015. Both  pledged allegiance to Da’esh. But Da’esh only recognised the faction now led by Umar al-Barnawi, branding itself as ISIS in West Africa.

Boko Haram’s other faction, led by the infamous Abubakar Shekau, captured the Chibok girls – and the headlines. Its multiple abductions, mass killings, sexual slavery, and house burnings over the last ten years have caused the displacement of some two million people. One of its other specialties is attacking churches and killing Christians, though early in its growth Boko Haram selectively assassinated leading Salafi scholars who opposed jihad. At one point three out of the four roads into the capital of Borno State, Maiduguri, a city of one million, were controlled by Boko Haram guerrilla forces.

The religious motivation for the worst recent violence in Central Nigeria, between Fulani cattle-herders and sedentary farmers belonging to other ethnic groups, incomers and “indigenous”, is of a different kind. Violence in the disorderly world of Central-North Nigeria turned to religion as a "marker". The result, as the Bishop of Truro, Philip Mounstephen, describes in his 2019 report on Christian persecution worldwide, has similar consequences: burning churches and Christians murdered at home or at worship. During the Kaduna 2000 riots, triggered by the introduction of Shari’a criminal law in Kaduna, several thousands died as a heterogeneous city divided into religiously defined halves. The death-toll from intermittent inter-communal violence in Jos on the Central Plateau has been in the many hundreds.

A common mistake is to see tensions between the north and south of Nigeria only in religious terms.  Picturing a “Muslim North” distinct from a “Christian South”, with a mixed and ill defined “Middle Belt” in-between where clashes occur, is simplistic. In reality, significant Yoruba-speaking Muslim communities live in the south-west and, because of the great third missionary wave of Pentecostals dating from the 1960s, significant numbers of Christians now live in northern states.  In the Middle Belt, population movement, not religion, is the original cause of clashes.  So-called “indigenous” – settled – communities, mixed ethnically, compete with pastoralists and other incomers for scarce resources, political office, and power. The indigenous are often mainly Christian, the incoming pastoralists mainly Muslim, and disputes over land and control of markets are a big problem.

Nor are the two dominant religions in Nigeria homogeneous. There is much intermarriage between Muslims and Christians in the south, where Islamic practice has a distinctly African flavour. The political dimension of Islam is still evident in the northern emirates which generate national religious leaders, such as the Sultan of Sokoto (the famous 19th century caliphate), and the – lesser - Shehu of Borno, a rival in the north-east.  But Boko Haram’s terrorism has undermined  traditional  leadership and sharpened the existing Christian-Muslim divide through growing distrust. The danger is that religious difference might, in some parts of the country, become coterminous with political affiliation. When this happens conflicts become non-negotiable. This was one fear of Nigeria’s Catholic Bishops Conference when they withdrew temporarily from CAN, the Pentecostal-dominated Christian Association of Nigeria in January 2013.

In April 2014, the world woke up to the danger posed by Abubakar Shekau thanks to the tragic Chibok abductions. But girls and women had been abducted before and, indeed, continue to be captured. For young Boko Haram recruits whose poverty condemns them to being unmarried – because they cannot afford bride-price – the promise of wives is an important recruitment tool. So are a fighter’s pay, one meal a day, and the power growing out of the barrel of an AK-47.

President Muhammadu Buhari has tried to eradicate Boko Haram militarily from the north-east. But the claim that Boko Haram is defeated is false. Christians and Muslims persevere in lives of frightening insecurity in the states bordering Cameroons to the East and Niger in the North-East. Boko Haram provoked a more concerted and multi-national military counter-insurgency effort as it spread cross-border. It is diminished but remains dangerous.

I worked over a number of years with a small Muslim and Christian team attempting to bring about reconciliation between a group of Nigerian Christians and Muslim leaders from the North-East, and build up a united front against Boko Haram. Many Christians in the emirates are discriminated against: they chafe against a glass ceiling when seeking promotion, mosques are built on university campuses but Christian worship is mostly relegated to classrooms.  This is partly a colonial legacy dating from the days of Lord Lugard and the Church Missionary Society, which I've written about in my book, Emirs, Evangelicals and Empire.

Over time, and not without difficulty the narrative on the Christian side of the Nigerian religious leaders group shifted from “Muslims are killing Christians” to “Terrorists are killing Muslims and Christians”.  But this did not mean that legitimate Christian grievances disappeared, nor that Muslims suddenly found noisy Pentecostal worship easy to tolerate. Neither are helped by political manipulation of tensions, and newspaper headlines about "religious conflict" that so often has multiple causes.

Nigeria’s faith communities have some fine leaders awake to the dangers their country confronts and its impact on the rest of Africa. Their courage, fortitude, warmth and willingness to "open up", cross religious boundaries and share their lives is a continuing sign of hope for this giant of Africa.

Ian Linden is visiting professor at St Mary's University, Twickenham. He was previously the Director of the Catholic Institute for International Relations in London. He specialises in Christian-Muslim relations.