The shocking lies of the election campaign, and why this matters

World Day of the Poor: sowing tangible seeds of hope

Marwan and his young family lived in the house without windows and walls while they struggled to rebuild. 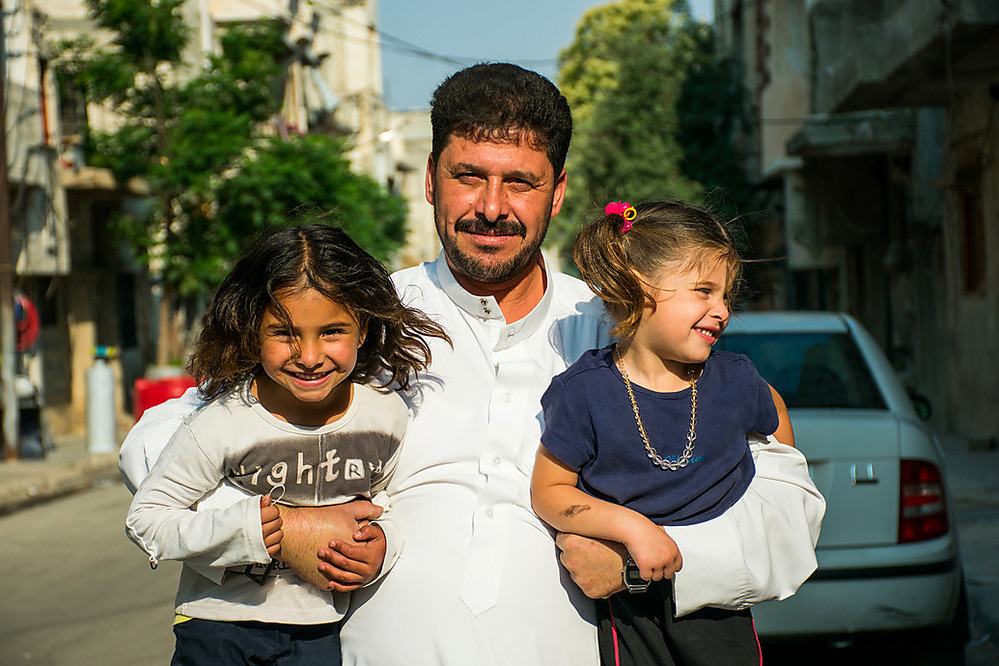 Marwan, from Syria, who returned to his home after six years as a refugee in Lebanon to find it largely destroyed
Abd Al Hameed Moneer Al Haj Younes and Kamel Awad

What makes a good home?

A secure, safe space, a place filled with love. A place where you have good relationships with family, friends and neighbours. Somewhere with a garden to cultivate or a connection to nature.

This is what communities and local organisations that CAFOD works with in Myanmar told us. But the answers are universal. They recognised that a home is more than material concerns, and wanted to get to the real heart of the question. What is it that makes a dignified living place? As such, their answers would probably resonate with people anywhere in the world.

This desire for a home is deep-rooted in all of us. It is a need for more than just shelter. We all need somewhere that we can flourish together with those who mean the most to us.

And yet there are so many people throughout the world who are denied this basic right.

It is incredibly difficult to get an accurate picture of how many people do not have a place to call home around the world. Some reports suggest that 2 per cent of the world’s population may be homeless with another 20 per cent lacking adequate housing.

But as Pope Francis reminds us in his message for the World Day of the Poor, on 17 November, the poor are not statistics to be counted but people to be encountered. They are not one homogenous group but individuals, young and old, with their own stories to tell.

The statistics give us no insight into the lives behind the numbers. They tell us nothing about Marwan, who returned to his home in Syria, after six years as a refugee in Lebanon, to find it largely destroyed by the conflict. Nor about how he and his young family lived in the house, which had no windows and where walls had disappeared, while they struggled to rebuild.

These statistics also tell us nothing about the causes of homelessness and poverty. They do not speak to the structural injustices that prevent people having the legal rights to their land or their homes. They do not speak of the interests of big business, like those in the Amazon, which wreak destruction on the lives of those who live there.

They are silent about conflict, migration and the damage that is being done to the earth, our common home. This climate breakdown affects us all and is making life even more challenging for those already living on the margins.

They do not reflect the indignity of being without a home, displaced and separated from your place of safety, your memories, from all that is comfortable and familiar.

Nor do the statistics reflect the hope, which our faith teaches us remains in the face of so many challenges. Indeed, Pope Francis chose for his focus for World Day of the Poor a line from Psalm 9: “The hope of the poor will not perish forever.”

He also reminds us that as disciples we must be the ones to “sow tangible seeds of hope”. We are called to identify Jesus with each person that we meet, or whose story that we hear. We cannot remain enclosed in our own small circles without reaching out to others. Instead we must show loving attentiveness to each person in distress, seeking no reward for the love and support that we give.

We cannot write people off as being somehow responsible for their lack of safe housing. But rather we must look to the systemic causes that have led to this issue.

And so, this is the challenge for all of us: to bring hope to those people who are caught up in unjust systems that keep them in poverty and prevent them from accessing their basic right of safe housing. And to challenge these structures which shape our world.

In the run-up to the Third World Day of the Poor, on 17 November 2019, The Tablet and Caritas Social Action Network (CSAN) are collaborating on a short series of articles. Each will reflect on emerging developments in Catholic social mission. In November 2018, the Catholic Bishops of England and Wales encouraged leaders of Catholic organisations to work together on addressing the housing crisis. This second article in the series reflects on the idea of home in the light of CAFOD’s work overseas.

For more resources on the World Day of the Poor and getting involved in social action, see CSAN’s website – www.csan.org.uk

For more on a Catholic response to the housing crisis in England and Wales, see http://www.csan.org.uk/policy/a-catholic-approach-to-housing-in-england-and-wales/