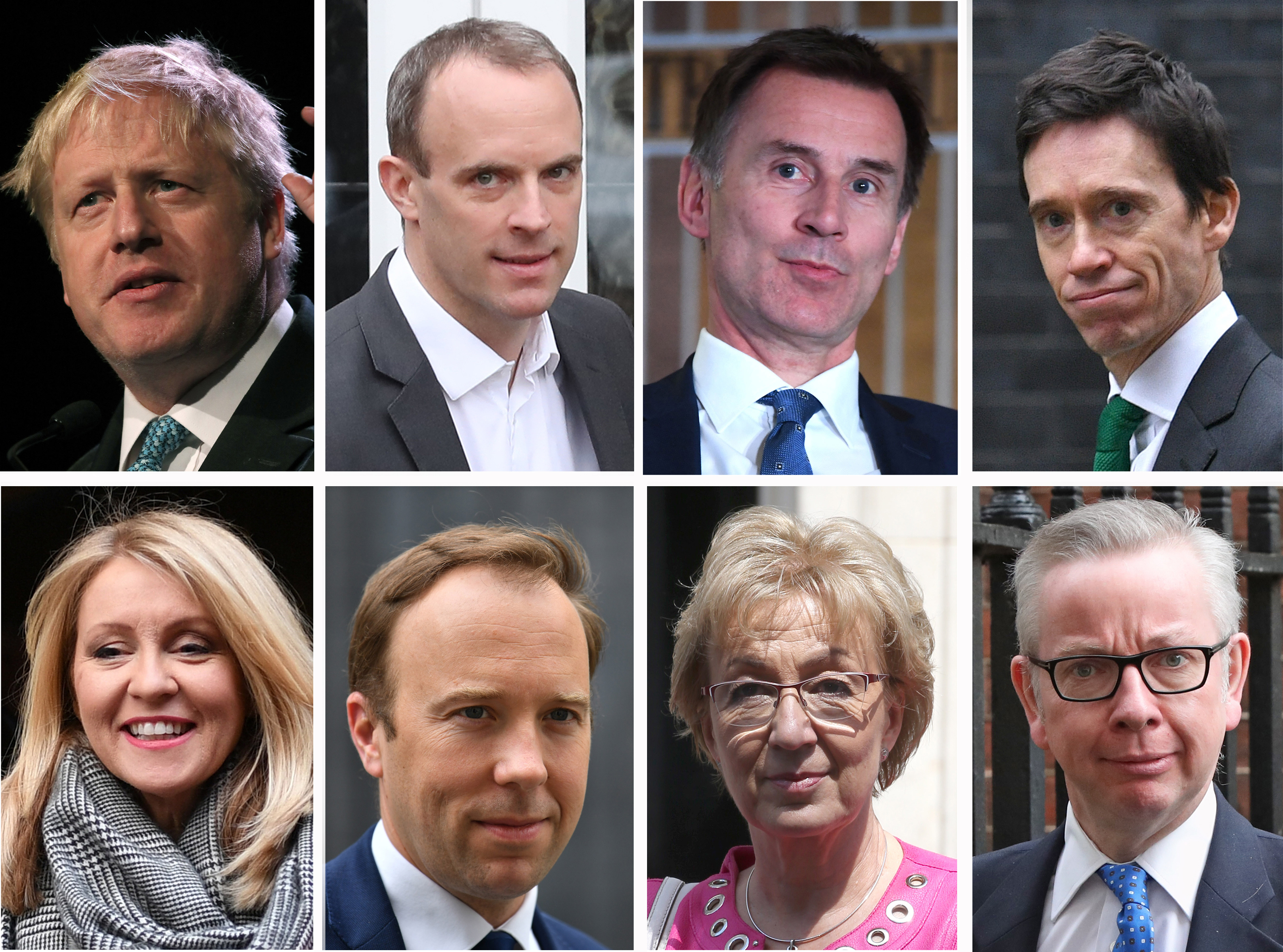 The Tory leadership race is a 'fiasco' with hidden depths

Brexit has polarised the nation 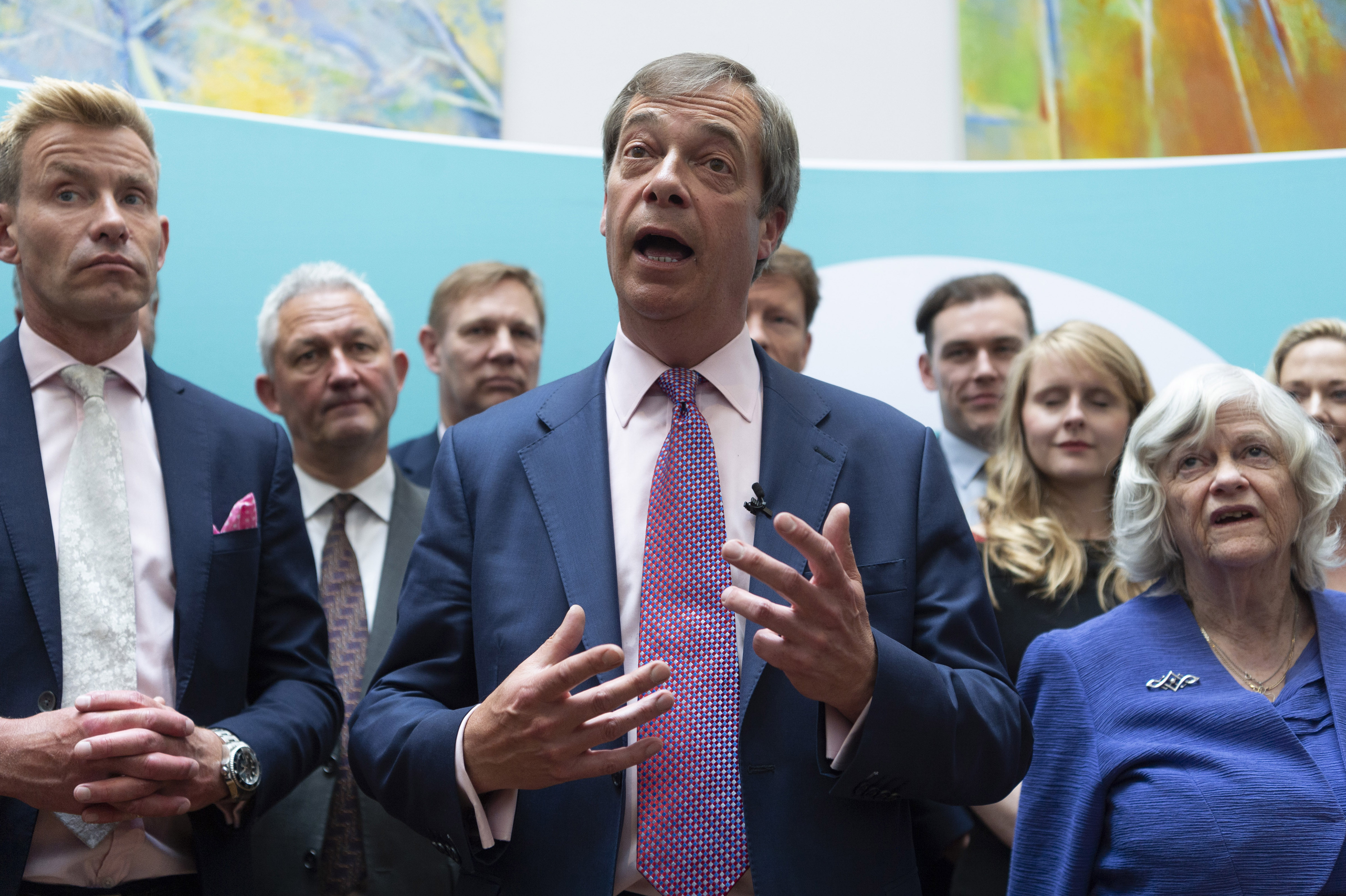 Brexit has polarised the nation, driving people towards the extreme ends of the spectrum instead of towards the middle. It is this factor above all that made Theresa May's approach so difficult. Her aim, one of her critics fairly said, was damage limitation. On the contrary, what people increasingly wanted as the debate wore on was outright victory for one side or the other. That, after all, was the impression the ballot paper had given in the 2016 referendum. Yes or no, all or nothing.

I find myself out of step with all this. People reading commentaries on public affairs like this one want to know where the writer is coming from, and so I declare myself to be a steadfast 60 per cent Remainer - and 40 per cent Leaver. That is to say while believing membership of the European Union was on balance the best option for Britain, I can also see what the Leave case is getting at.

The EU has many faults, and the inbuilt dynamic of "ever closer union" is one of them. It is not easily compatible with the central principle of democratic sovereignty - that we place power over us in the hands of people we know, people we choose, with policies we like. "Of the people, by the people, for the people," as Abraham Lincoln put it.

I know the American system quite well, having an American wife who is a devoted follower of CNN. (That alone tells you where she stands on Trump.) The complaint is regularly made in the UK that the EU wants to turn itself into the United States of Europe, on the model of the USA. But there are fundamental differences. There is an open, visible, dynamic tension between central government and what they call States - States here meaning the 50 component entities of the Union, which are not states as we commonly understand the term, synonymous with independent nations, but self-governing principalities with a strong sense of local identity and a distinct history.

And that tension is regulated and moderated both by political and legal means. It occupies a lot of the media coverage. It is for the US Supreme Court to decide which powers properly belong to the central, federal government, and which to the individual States. The Court is therefore highly politicised itself, with the nine justices publicly identified as right or left, conservative or liberal, and they are by and large appointed for those ideological reasons.

There is no equivalent cockpit in the EU, where the battle of state power versus federal power could be conducted in full view. Nor does the EU have anything like the office of the President of the United States, and it is hard to imagine it ever tolerating one. The US presidency is both divisive and unifying, but it is nevertheless essential to the system working at all. It represents the ultimate surrender of sovereignty by the individual States, and it took a civil war, which killed at least 600,000, to achieve it.

Europe is so different. Membership of the EU involved a much smaller surrender of national sovereignty, but it was nevertheless sufficient to generate resistance and resentment. Indeed across Europe the hegemony of centre-right and centre-left governments, who gave their broad consent to the "ever closer union" part of the project, have been challenged by populist movements of further-right and further-left persuasion which emphasised national identity and local self-government.

On the right the claim was generally for an identity based on ethnicity - "Hungary for Hungarians"; on the left it was for economic autonomy and liberation from a perceived domination by German economic interests, eg in Greece. But these ideas are not distinct and tend to merge in the many urban working-class communities who have been damaged by globalisation - in which immigration plays a part - and feel left behind and ignored. The fact that their resentment is often inarticulate and incoherent makes it harder to deal with politically, and leaves it open to exploitation by people and movements with other agendas.

The European project has to ride these tigers. Britain cannot hide from them and must join the fray. But the instinct to withdraw is understandable, and must not be treated with contempt. What Europe needs is steady and consistent mediation between conflicting interests, not winners and losers, and the British are well placed to play that honourable and disinterested role. That is where 60 per cent of my sympathies lie.

Globalisation needs to be managed if it is not to do irreparable damage to the social fabric, and that management will be much more effective if done in cooperation with one's neighbours.

So in some respects the EU needs to be stronger, not weaker. Globalisation allows China, for instance, to continue with its over-production of steel by exporting its surplus. Because it does not have to pay British wage rates or observe British safety regulations, China's steel is cheaper. So it is the British steel industry that is cut back, losing British steel workers their jobs in order to protect the jobs of Chinese steel workers.

Something similar happened in the 1980s with the British coal industry, when it was largely Polish coal that undercut British coal. Polish coal was cheaper because Polish wages were lower, and Polish pits less well regulated with regard to safety. So "uneconomic" UK pits were closed down, throwing tens of thousands of British miners out of work.

But the British Government, like the rest of the EU, is signed up to globalisation. It is part of the ideology of the free market that has become so ubiquitous it is almost heretical to challenge it. Oddly, one of the few figures to have done so is Donald Trump - odd, because he comes from the right, and the right generally supports free markets. "America First", his populist campaign slogan, is actually incompatible with free markets.

I would like to see the EU advancing a "Europe First" policy to protect European jobs from unfair competition, or at least to intervene in such a way as to mitigate the damage and thus reduce the human cost. Ex-coal mining villages in the North of England have had precious little help, whether from the UK or EU, and it is not at all surprising that they are resentful. But voting to leave the EU will ultimately not help them either, I'm afraid. It will leave them even more exposed to the very economic forces that have caused them such misery already.