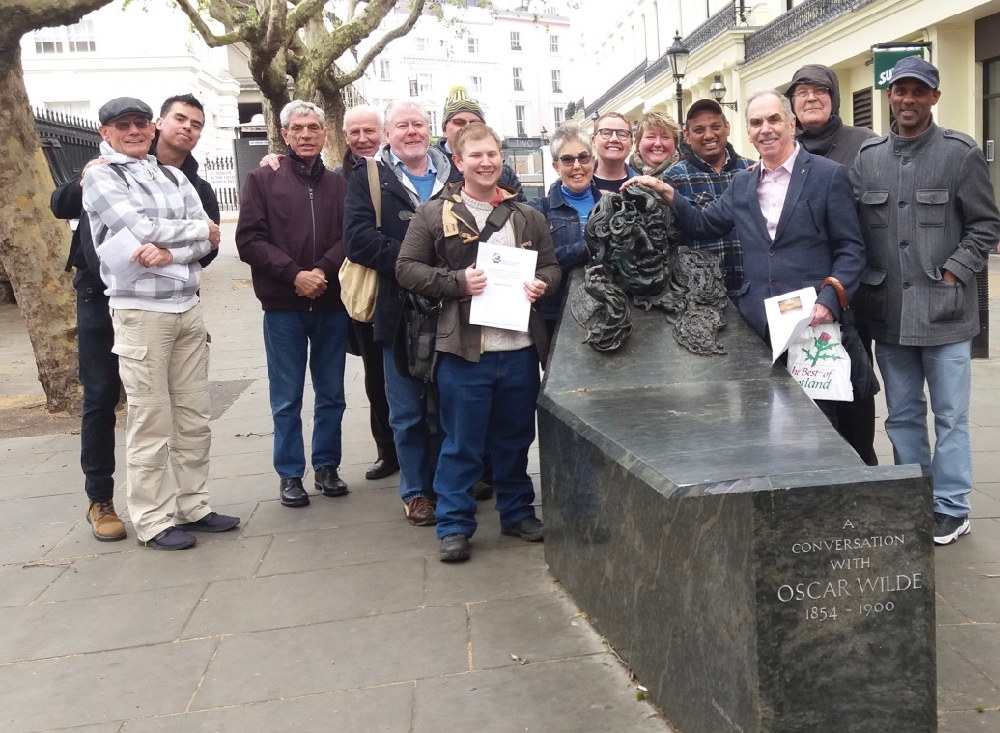 Will a Brexit deal be a bridge too far for Britain? 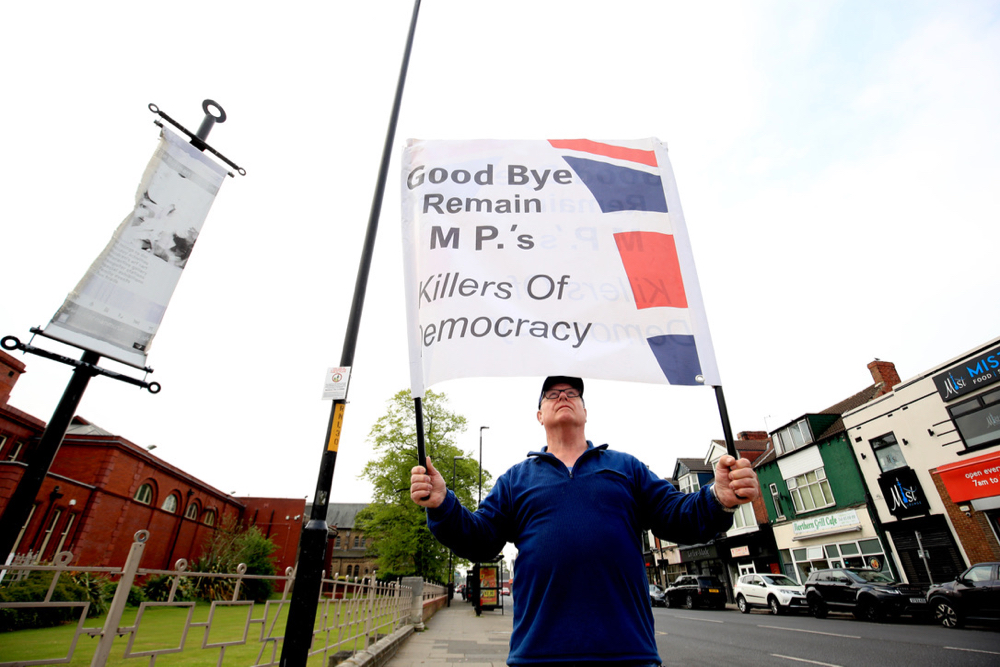 A voter holds a sign as people gather ahead of Ukip's EU election campaign and manifesto launch at the Dorman Museum in Middlesbrough.
Danny Lawson/PA Wire/PA Images

Is Jeremy Corbyn playing Alec Guinness in "Bridge on the River Kwai"? Are we watching daily instalments of the "Bridge over the River Brexit"? Mr Corbyn and his Labour leadership team appear to be helping a project to succeed that they ought, in the view of most Labour voters, to be doing everything they can to prevent. Have they become so mesmerised by the immediate task in hand, improving Theresa May's Brexit deal by making helpful suggestions to the Government side, that they have lost all strategic sense of the national interest?

Guinness played Colonel Nicholson, the fictional officer who in the Oscar winning 1957 film organised British prisoners-of-war to help the Japanese war effort by constructing a bridge. It was part of the Burma railway project to link Bangkok with Rangoon and ultimately to assist the Japanese in their planned invasion of India. As Nicholson (ie Guinness) looked in satisfied pride at the splendid bridge his men had designed and built, a British army demolition team arrived to blow it up. Before being shot by his own side in the ensuing fracas, his last bemused words were "What have I done?"

Mr Corbyn is not prone to such self doubt, and we may believe that this is all part of a masterplan to destroy the Tory Party by antagonising its supporters beyond endurance. That tactic seems to be working. But unless both sides are lying, these Labour/Tory negotiations are being conducted in a sincere effort to reach agreement, so that Britain can leave the EU with a deal that passes Parliament.

The necessary Tory concessions would include safeguards for workers’ rights including permanent alignment with EU standards even if they change after Britain leaves; guarantees on environmental protection measures, again with a commitment to match EU standards indefinitely; membership of the EU customs union so that there are no barriers to goods crossing between the UK and EU countries; and alignment of UK regulations with EU ones regarding services – including financial services – as well as goods. This is the Brexit bridge that Colonel Corbyn – sorry, Nicholson – is making his best efforts to construct. Reports in the press suggest that the Japanese commander Colonel Saito (Theresa May) may be about to agree.

The demolition squad still lurks in the undergrowth, however, ready to jump out and blow any Labour/Tory deal to kingdom come. These are backbenchers on both sides of the House of Commons who do not want a compromise. Those on the right want to leave the EU with no deal; those on the left want a second referendum to halt the whole Brexit process in its tracks.

In the 1957 film, the British commanding officer tried to alert the Japanese in order to prevent the explosion, because he had established a close personal relationship with them. He had forgotten that they were supposed to be at war. When this happens in real life it is sometimes called the Stockholm Syndrome, because it was first identified there as the strange psychological effect that sometimes occurs when hostages develop with their captors a sense of a common cause against an imagined outside enemy such as the police.

If the Brexit bridge is ever completed, it will be subject to rigorous testing. That means not only yet another House of Commons debate followed by what is known as a "meaningful vote" on it, but the passage of detailed legislation which will be open to amendment. We could think if this as the placing of dynamite round the foundations of such a deal, so that, for instance, the House of Commons passes it provided it is followed by a public vote to confirm it.

And what will the debate be about? Probably this. Is the new arrangement with the EU so close to membership for the difference to be invisible from the average high street, nevertheless better than staying a full member where Britain retains its voice, its vote and its veto over EU policy as it evolves in the future? Why settle for second class membership when first class is still available? That powerful argument could ultimately blow the Brexit bridge to smithereens. Will it also lead, as in the final battle in the film, to the demise of the commanding officers on both sides? Followed by the credits...