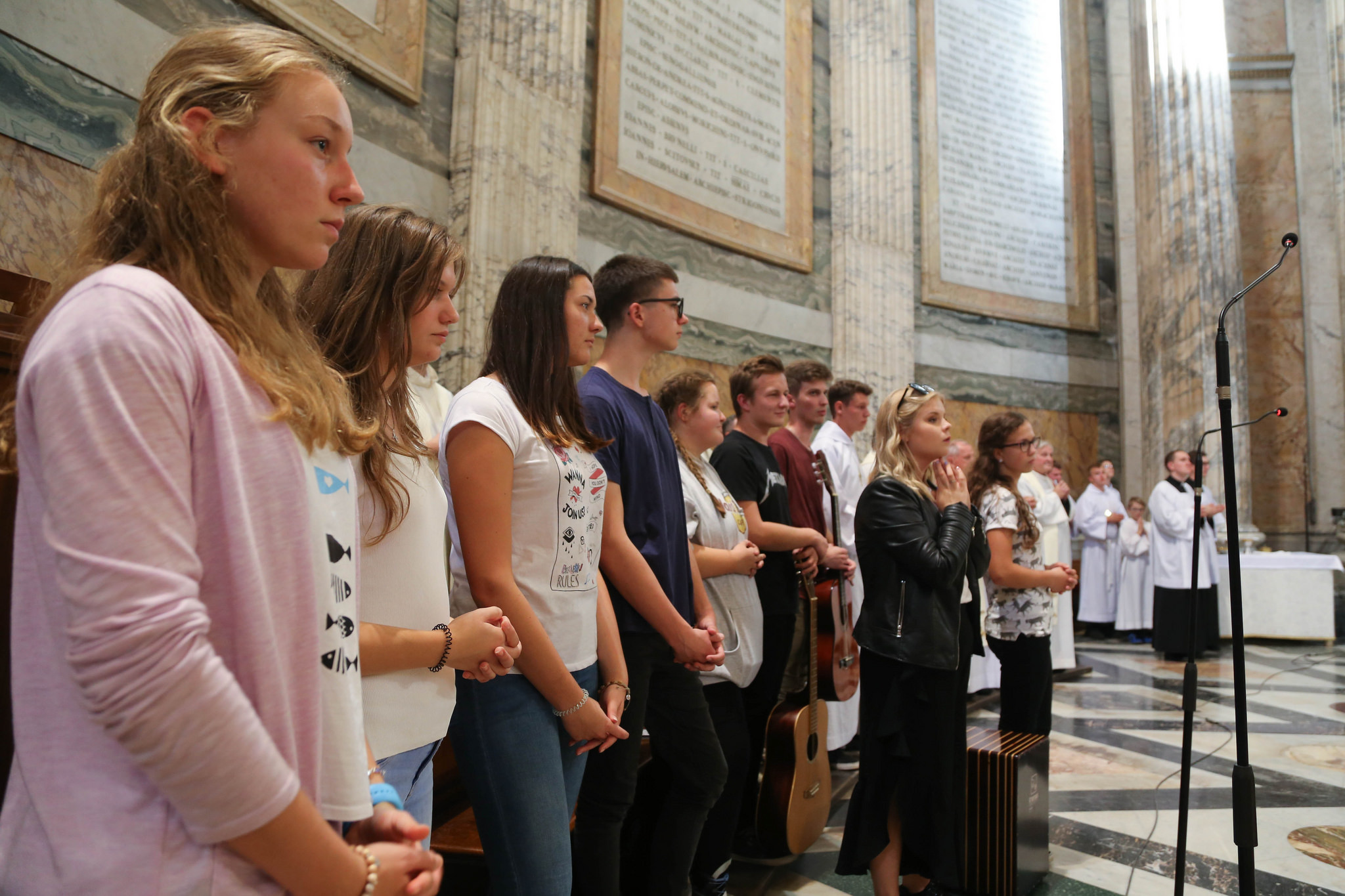 Is the Church still relevant to young people?

How the arrival of a refugee family brought this community together

A young family of four from Syria were welcomed to Burnley by a small group of volunteers. Frank McNamara describes how it happened 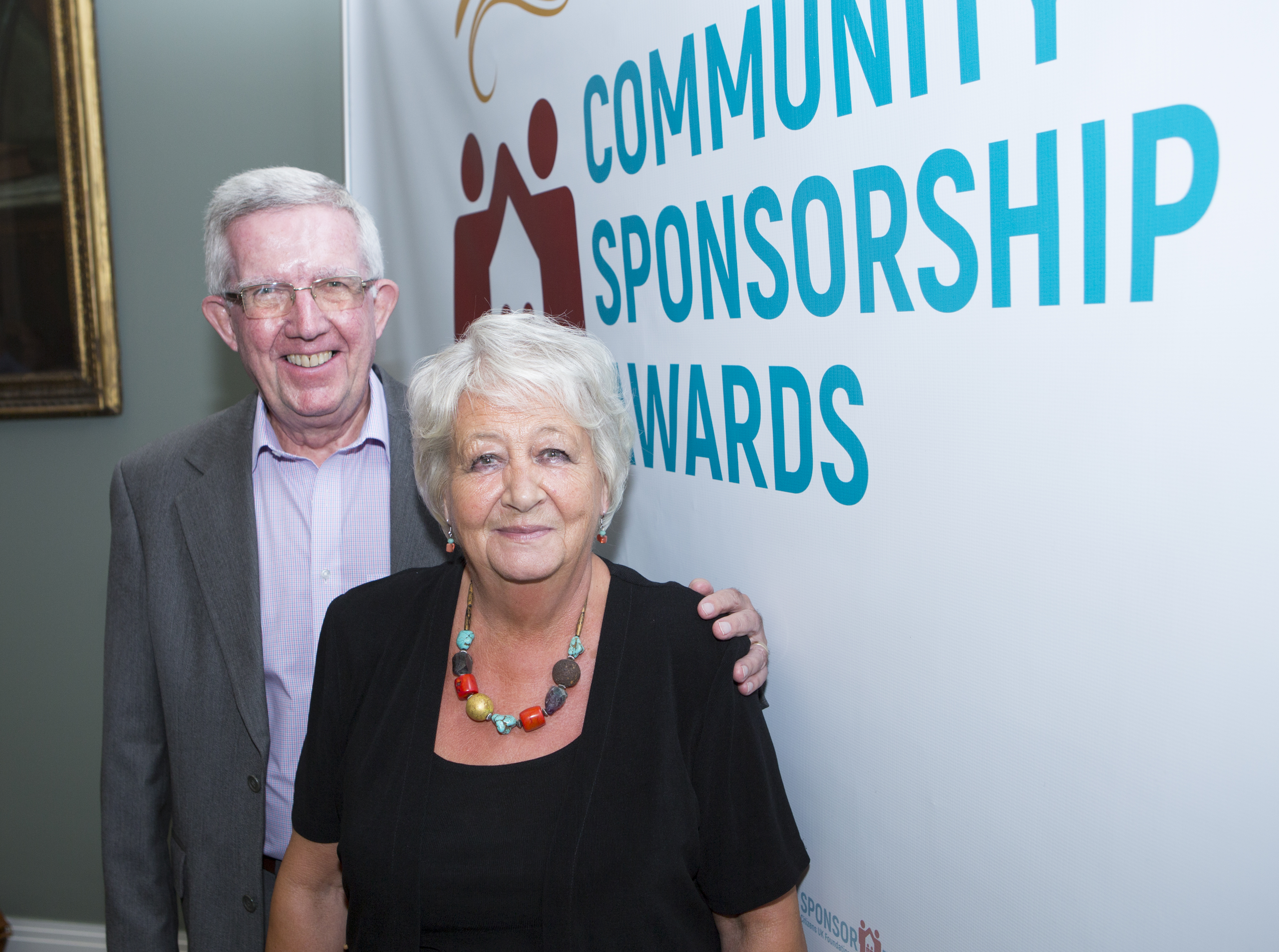 On 12th June 2018 the Catholic parish of St Mary of the Assumption in Burnley pipped at the post seven other Catholic Groups in the Diocese of Salford, most of which had set out on the sponsorship journey well ahead of St Mary’s, to become only the second Salford parish to welcome a refugee family under the Community Sponsorship scheme. St Mary’s achieved this with a considerably smaller Sponsorship Group than most, and with the support of a parish community in a comparatively deprived area, thanks in part to the leadership, dogged determination, boundless stoicism, tireless relationship-building and exemplary conduct of their Project Manager Frank McNamara MBE, a retired civil servant. Here, McNamara writes for The Tablet on the work that won him the Judges' Special Award in the National Community Sponsorship Awards for volunteer refugee resettlement (Community Sponsorship is an initiative of Citizens UK. Learn more here.)

In June this year a young family of four moved to my hometown of Burnley, in Lancashire. This family were unlike any other who had moved to our town in recent years; they arrived from Syria because our church parishes, St Mary of the Assumption and Christ the King sponsored their arrival through the government’s ‘Community Sponsorship Scheme’.

Community sponsorship allows local groups of volunteers to take the lead responsibility for welcoming and supporting a refugee family. It’s a safe and legal method of bringing vulnerable refugees to the UK from camps in the Middle East.

The family who came to the UK with our sponsorship is a family of four: two young parents and, at the time of arrival, a two-year-old and a baby of four months. They were enthusiastic about starting their new life, and open to all the new security and safety that their new life would bring. They were, too, in good health, the baby and little boy both glowing with energy and happiness.

Becoming an approved community sponsor takes time, effort, and a group of very dedicated volunteers. The group needs to find a house for the family for two years and raise at least £9.000. No easy task. But we were inspired by Pope Francis’s call for every parish in Europe to take in a refugee family and by the example of other Catholic parishes in our Diocese of Salford who are also sponsoring refugee families, led by the diocesan charity, Caritas.

Now, some 9 months since we started the work of the project, I can honestly say the experience has been one of the most rewarding of my whole life. What I didn’t realise, was how the prospect of one family moving to our town would bring our local community together like nothing I have ever seen.

Our group started earlier this in autumn 2017 when a small number of us at the St Mary of the Assumption, and later joined by our sister parish of Christ the King, came together. We had all watched the war in Syria play out on our TVs and we had seen the horrific circumstances people were living in at refugee camps across the world. We knew that, however small, we had to do something.

Our Group formed itself under the leadership of Caritas, and our work can be divided into three major sectors. The first of these was to work through the challenging requirements of the official organisations. The second was to encourage the engagements and participation of our friends across the two parishes. Finally, we would care for the family for two years.

Our first major surprise was how cooperative all of the bureaucracies were. Not only that, they too seemed to catch the spirit of the project and were keen to add quality above and beyond their statutory responsibilities.. I have to single out our Local Authority and the local Housing Association, Calico Ltd. After hearing the thrust of the project they committed themselves wholly and quickly to enable us to make progress. Other organisations like JCP, NHS services and so on also joined the effort with enthusiasm and commitment. It was most gratifying that our public sector would go the extra mile so willingly.

The other task, engaging our own communities was met with equal enthusiasm. Our fellow worshippers responded with huge energy and enthusiasm. Once we had secured the house for our family our people decorated it, did all the diy jobs needed, cleaned it until it sparkled. Through our Newsletter we asked and asked for the furniture and fittings – new or used – to fill the house. We received enough for several houses! We asked for toys, prams, and clothes for the children, Again we had more than enough many times over. Parishioners who hadn’t disposable furniture etc gave money. It was overwhelming. The added bonus from this was that were able to pass our excess on to the local charity that supports other refugees and asylum seekers in the town – and was greatly welcomed by them.

Then, others from the community set it all out – from furniture layout to kitchen utensils, all cleaned and in place for the arrival of our family. We aimed to be proud of what we were putting on offer: we were proud and delighted! The community had made it all work to (near) perfection! They were wonderful. The family was delighted too.

Since moving to Burnley in June, I’m pleased to say the family have settled in well. The two young children have nursery places available for when they are ready, and the parents are making great progress in their English classes.  Our aim will be to help the father to find work as soon as his English makes it possible. Our task of caring for them is made much easier by their whole-hearted enthusiasm to their own resettlement, so we can lead them gently through each stage.

I’m proud that the work of our community has given this family of four a new life line; a family who we had never met, and whose language we don’t speak, yet with which we connected because of our shared humanity.

But I was delighted and humbled to be recognised from my work in getting the group to this point with a Special Commendation Award at Sponsor Refugees’ Community Sponsorship Awards. It was a proud moment for me personally, but I would not have achieved anything without the help and support of so many people in our community.

The other winners of the Community Sponsorship Awards are:

Arun, 12 years old, helped paint, decorate and prepare the house for the family sponsored by Muswell hill Methodist Church. Before the family arrived, he also collected warm clothes, trainers and sports wear for the teenage boys. He travelled to Gatwick to meet the family and helped the family on the way home giving out water bottles, blankets, snacks and helium balloons. He welcomed the family into their new home: helped his mum lay out a halal chicken meal and an attempt at Syrian rice. Later Arun taught the older boys numbers and the names of fruit and vegetables in English, while the older Syrian boys taught him the Arabic equivalents. Jasso his one year old brother has visited three Syrian families once a week since March. Between all three families there are five children aged 4 and under. The children read books together, scoot to playgrounds, play in the garden, fight over toys like siblings. Jasso has learnt to say thank you in Arabic at the same time as learning to say it in English.

A pioneer community sponsorship group made up of staff members who work for a Muslim bank in Birmingham. The Al Rayan volunteers get together, often during lunch breaks or between meetings, and have successfully raised the money and linked up with a property letting agency to secure a house. They are now close to putting in their application. As well as drawing on the talents of the bank staff, they are linking up with people in the city who have skills and experience of working with refugee families. The group is a pioneering one in the Muslim community, and beyond their own sponsorship they have been instrumental in galvanising other Muslim institutions in Birmingham to get involved in the scheme.  Group member Sagheer Malik

Croeso Arbeth welcomed the Batak family to Narberth, Wales in July 2017. The group took in a large extended family at very short notice and have done a wonderful job in helping the family to integrate. The family are thriving, a new baby has been born, and there have been significant improvements to their health. The group have also done huge amounts to facilitate understanding of community sponsorship and to encourage other sponsors by working with journalists from the BBC, Guardian and the Economist. The group were honoured at the Liberty Human Rights Awards in October last year.

The Alamary family have been sponsored by the group in Georgeham in North Devon and have settled in well in this rural area. They have have rapidly moved through 3 levels of ESOL training from beginner to advanced.  Within 4 months of arriving, the father Mahmoud secured a job with a building firm who are supporting him through an apprenticeship to become a qualified electrician. Khadija, who is the most wonderful cook, has not only offered warm and generous hospitality, but has taught others how to cook Syrian dishes and helped with the catering at local events. The three young children have settled into school well. The family have also thrown themselves into English village life – taking part in everything from bell-ringing to beekeeping.   On top of all this, the Alamary family have supported other Syrian families who have settled in Devon providing both hospitality, encouragement, advice and support.