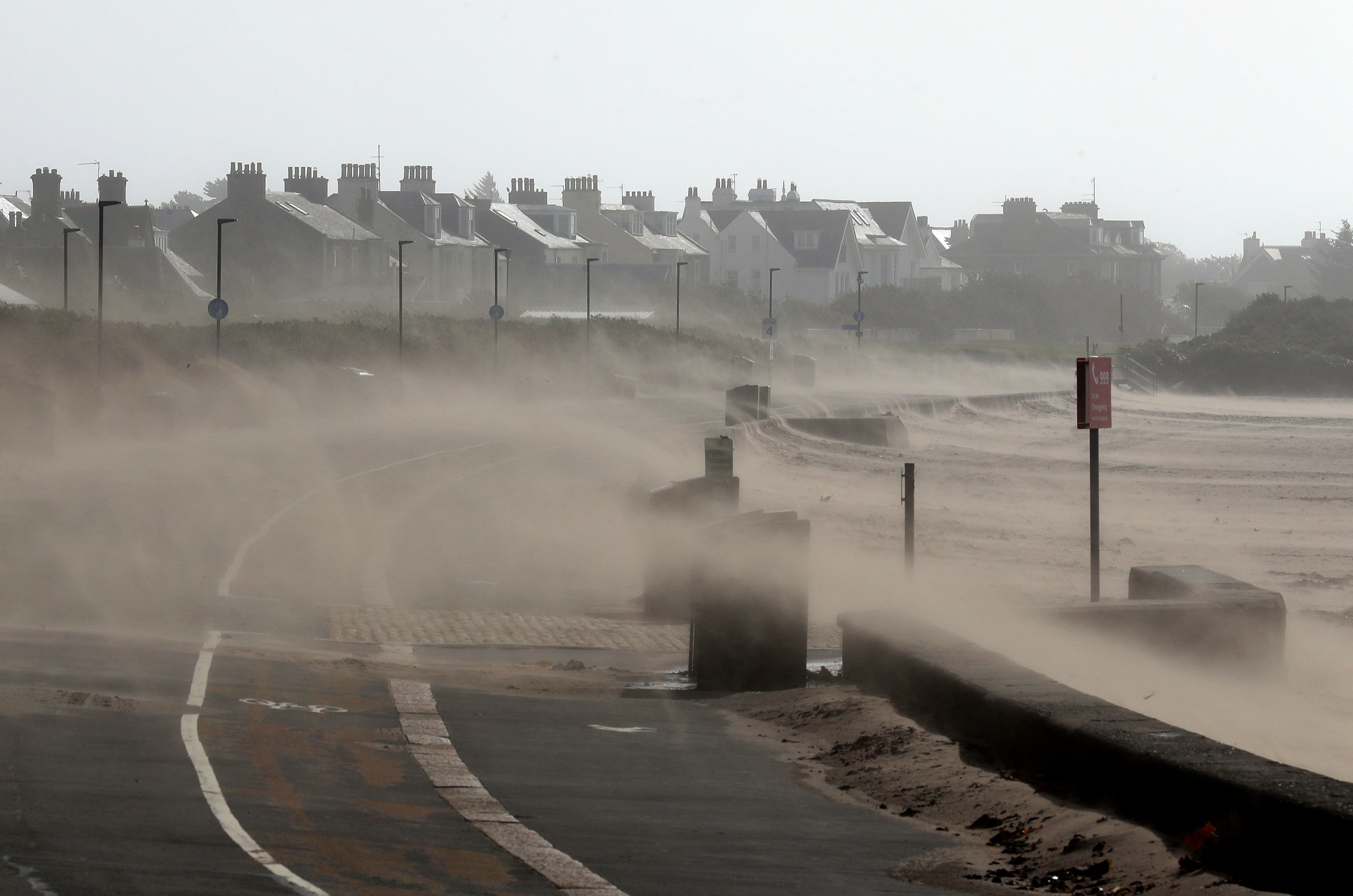 What happens when you have an obligation to go to Mass, but the weather outside is wild?

Why the flame of hope must be kept alive in Palestine

'When people lose hope, it destroys their human dignity' 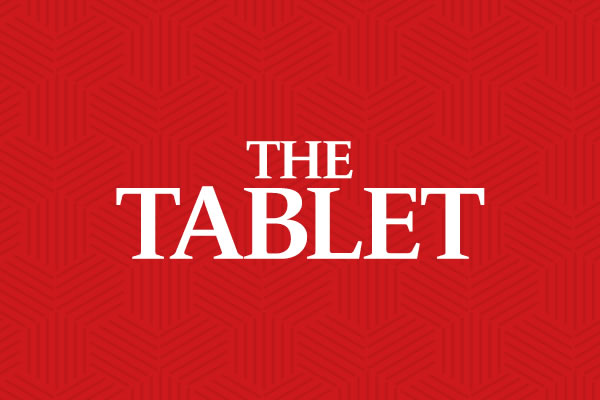 In Gaza recently, I asked several Palestinian mothers what worried them most. They all replied that their main concern was for their sons more than their daughters. Why? Because as young men they would feel that they had to challenge Israel’s blockade on the territory. “They would get involved in clashes, and they would be killed,” the mothers told me.

Entering Gaza is like entering a prison. At the Erez crossing, you need to remember what you can or can’t say or do.  There are security personnel and cameras and passport checks, then a  one kilometre-long walkway through no-man’s land to the Palestinian side, and as you go through, you are "accompanied" by the sound of drones. This is my route in and out of Gaza, but for the majority of Gazans the restrictions mean it’s difficult for them to obtain the necessary permits to leave. And for people seeking medical care, it can sometimes be a matter of life or death.

As a student 18 years ago, I spent a month in a tiny West Bank village called Taybeh. It was August 2000, and the second Palestinian intifada, or uprising, began only a month later. But even though you could feel the tension, people were happier, there was a sense of hope. They believed they would be able to lead normal lives. Parents wanted their children to complete their education and find a job, either in the Palestinian territory or abroad.

Also, at that time, there was integration. Young Israelis and Palestinians would mix – we saw this at Ramallah University. They believed in a common future, that a solution was possible. The atmosphere was so different at that time. Palestinians had hopes and dreams. And 18 years later, that belief, that hope, has shrivelled up on both sides.

I visited Gaza with CIDSE, the international alliance of Catholic development agencies, and spent an hour with six 11-year-old school girls. They told us about running the student parliament in their school, which was run by UNRWA (United Nations Relief and Works agency for Palestinian refugees). The girls told me how they would get together to help children with problems, such as coming to school without being able to afford a meal. Already they were trying to find ways to make people’s lives a little bit better.

When I asked the girls what they wanted to do when they grew up, they said: "I want to be a doctor", "I want to be a teacher", "I want to be an engineer", "I want to be somebody who helps people." But they knew that their rights were not being respected. What made my heart sink was when one of the girls asked: "Do your children have rights?" – not a question that would ever occur to my children. These girls know that they may never be able to leave that little area of land, because that’s their parents experience.

I met a partner organisation working with children through the theatre, their main purpose was to bring hope to a broken community in despair. When people lose hope, it destroys their human dignity. At their youthful age, you could see on the girls faces, that they felt their dignity being destroyed. The women I met, had the same facial expression, eyes that said no future, just living day to day, not caring whether they were alive or dead. 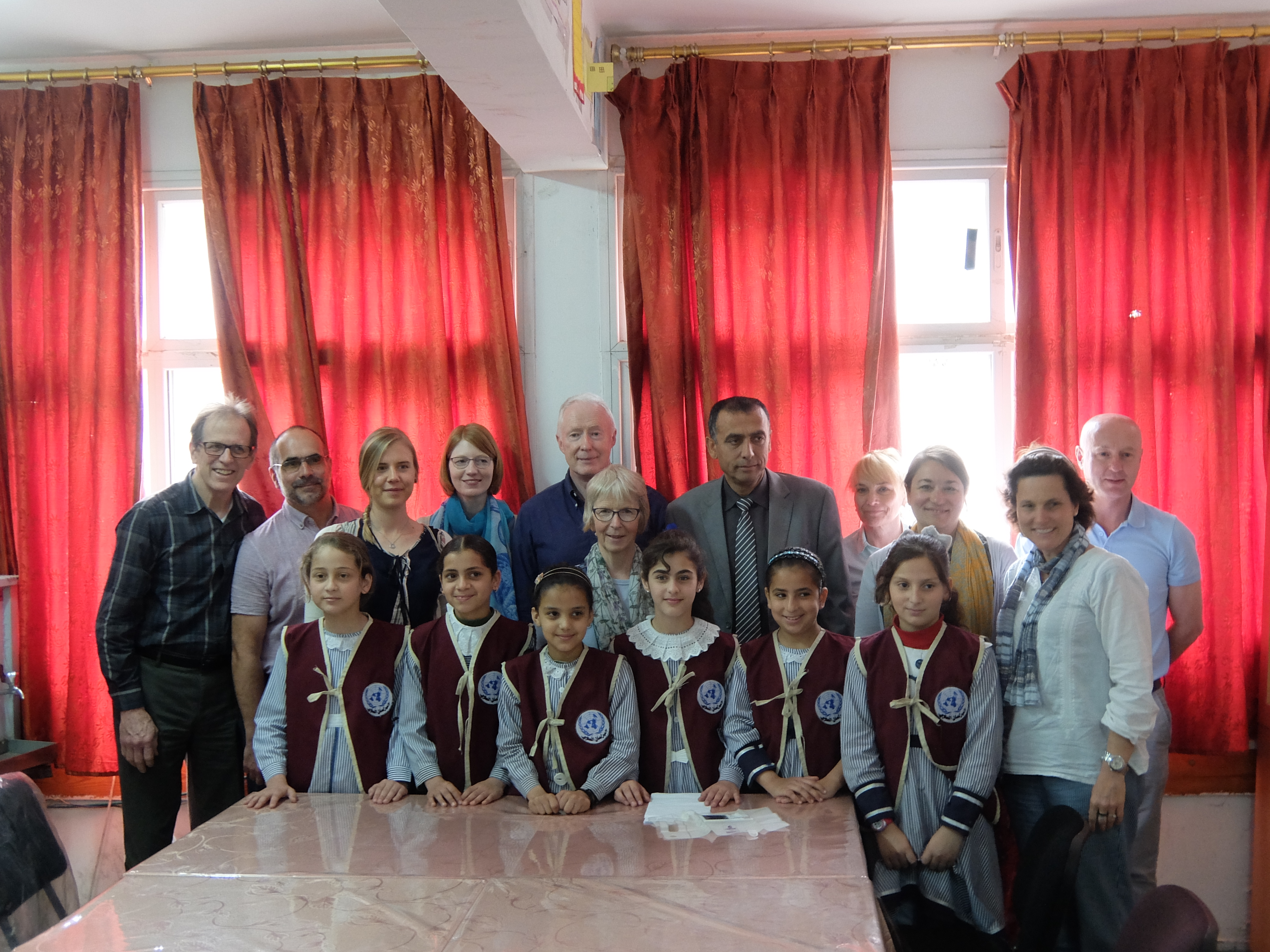 The parish priest in Gaza, told us: “People are in despair, 50 per cent  of the population without jobs, civil servants not being paid, no electricity, no water, no waste collection, growing fear of Islamic terrorist groups…, Nobody can change this situation, but God.” For more than 10 years now, people have been restricted from leaving. In the past Christians could apply for permits to Jerusalem for Easter and Christmas celebrations. This Easter (2018) no permits were issued.  Fifteen years ago, there were 4,000 Christians in the territory, now there are only 900, of whom just 150 are Catholic. But sometimes people just come to Mass to feel the presence of God, that someone cares for them.

Some will go to Mass twice or three times a day, because it gives them comfort. It not only brings them together with God, but with other Catholics and other people in general. They need to feel united, when the wall between Israel and the Palestinian territory seeks to create division. The Church’s presence and involvement in social work within communities, helps keep the flame of hope alive in people’s lives.

Meanwhile, on the West Bank, the effects of the occupation are worsening. When you speak to people who have lost their land, their houses and means to earn a living, it seems they have no other choice but to leave. But when we visited a refugee camp in the West Bank I was really impressed by the young women I met, who were engaged and wanting to bring about change.  I asked: "If you could, would you leave?" They said they could move freely within the West Bank and had family in Jordan and Lebanon – but they don’t want to leave. One woman told me: "I want to fight and defend my Palestinian community." She was absolutely committed to stand alongside people who were not able to leave.

All of us in CIDSE are working to defend human rights and promote justice, peace and reconciliation between communities and working alongside Palestinian as well as Israeli organisations. We talked not only to Palestinian communities but to Jewish students from the Hebrew University, about their hopes for the future. CAFOD and its local partners continue to work with young people on both sides, to build their confidence as leaders in their respective communities, and to explore their dreams and ideas for the future. It is important to keep this flame alive.

Maria Gonzalez is the Head of International Development at CAFOD