Why Russia and America must both stand back from Syria

Syria: Will the world be even more dangerous, cruel, unjust?

John Eibner looks at the consequences of this new, more overtly military phase of intervention in Syria 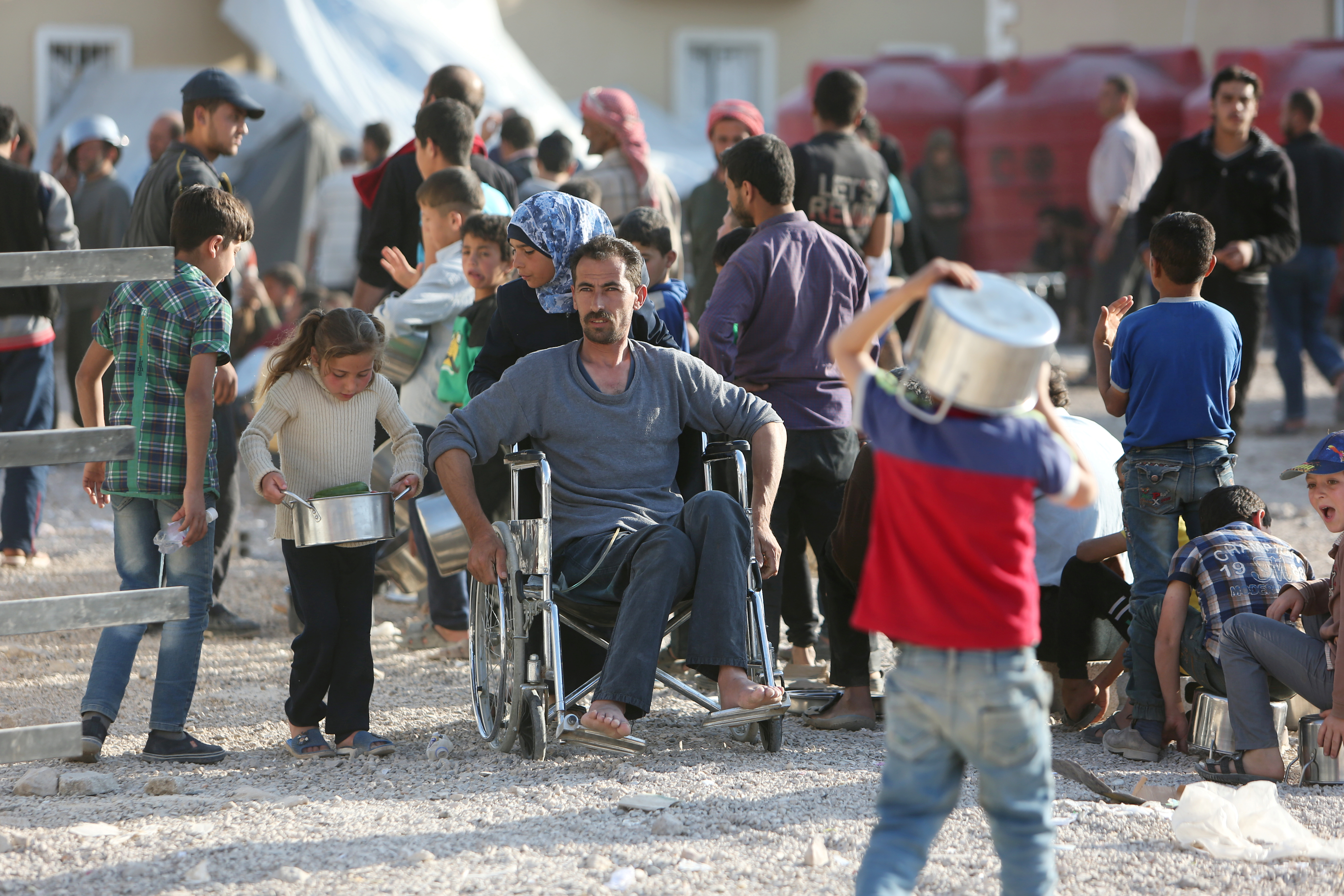 The President of the United States has made good his threat to strike Syria with “nice, and new and smart” missiles, and did so with the participation of Britain and France. The declared justification for this act of war: Syria’s president is a “Gas Killing Animal who kills his people and enjoys it”.

Washington has thus signalled a new, more overtly military phase of intervention in Syria. The American war against Syria did not begin with Donald Trump. Barack Obama launched his war in the summer of 2011, claiming that it was necessary to produce “democratic transition”. This fiction masked Washington’s paramount geopolitical goal – to deny adversaries, particularly Iran and Russia, space in Syria, or, if space could not be denied, to make these powers bleed.

Syria is a vital ally of the Ayatollahs of Shiite Iran in their increasingly bloody competition with the ruling dynasty of Saudi Arabia for mastery of the Middle East. Russia's main interest in Syria is preservation of access to its only remaining Mediterranean naval base at Tartus. The Obama administration’s war plan for Syria was based on the Carter and Reagan administrations’ Cold War tactics for covertly supporting the Islamist mujahideen to make the Russians bleed in Afghanistan. This strategy conformed to what NATO nowadays refers to as “hybrid warfare”.

The hybrid approach replaces direct conventional military action with low key, often covert instruments of coercion. In Syria, American-led hybrid warfare played a crucial role in transforming an uprising against the country’s dictatorship into a horribly brutal, sectarian based jihad, steadily attracting evermore involvement from external powers, and escalating violence. One of the characteristics of Washington’s hybrid war in Syria has been the extensive use of proxies, among them junior European partners and regional allies like Saudi Arabia, Qatar and Turkey. Others have been non-state rebel groups, most of whom are dominated by anti-democratic jihadists.

They have a strong record of violating human rights and collaborating with al-Qaeda and the Islamic State. This hybrid war has moreover included the covert provision of local proxies with arms, equipment, cash and an extensive humanitarian and media infrastructure, the aggressive dissemination of Orwellian propaganda, and the imposition of draconian economic sanctions.

Obama’s hybrid war in Syria proved to be a catastrophic failure. By the time he left office, democracy remained a far-fetched fantasy. The Islamic State had emerged from its base in Raqqa to become a global threat. Iran and Russia had a stronger military presence in Syria than ever before. Today, it is not only Iran and Russia, but also the United States, Turkey, Britain, France, Saudi Arabia, Israel and others who have uniformed soldiers, plain clothed contractors and intelligence operatives on the ground.

Most of the blood has not been drawn from Iran, Russia, nor from Syria’s privileged political elite, but from the Syrian people. The country has been transformed into one of the world’s worst humanitarian disaster zones. Over half of the population has been displaced; more than half a million have perished; non-Sunni religious minorities have been “cleansed” from all areas that were conquered by western-backed “moderate” jihadists, as well as those controlled by the Islamic State and al-Qaeda.

Syria’s cities, its economy, its social service system and its infrastructure are in tatters. As Trump, Macron and May ramp up military action in Syria, they need to be asked: Does their war in Syria conform to western civilisation’s traditional “just war” doctrine as set forth by Saints Augustine and Thomas Aquinas? The 1992 Catechism of the Catholic Church – the institutional repository of this doctrine - defines it in these terms: A just war is defined as “a legitimate defence by military force in which: The damage inflicted by the aggressor on the nation or community of nations must be lasting, grave or certain; All other means of putting an end to it must have been shown to be impractical or ineffective; and There must be a serious prospect of success; The use of arms must not produce evils and disorders graver than the evil to be eliminated.”

The world becomes a still more dangerous, cruel and unjust jungle when such a pillar of civilised society is deconstructed out of the West’s collective memory. It is ironic, but not altogether surprising, that this danger should arise from a President who has projected himself as the guarantor of Christian values in an increasingly secularised United States.

Something very similar happened in 2003 when a publicly declared “born again” US President rejected Pope John Paul II’s appeal for adherence to the “just war” doctrine, and instead ordered the invasion of Iraq on the false pretext of weapons of mass destruction and the imperative of transition to democracy – a war that proved to be the catalyst for the destruction of Iraq’s ancient Christian community, not to mention many other calamities.

Failure to apply the traditional “just war” doctrine increases the odds of being tweeted mindlessly toward military actions aimed not at legitimate defence, but at fulfilment of vainglorious national and imperial aspirations. When the plans for war are hatched in the context of promises “to make America great again”, western statesmen ought to take a deep breath and consider the wisdom of Augustine and Thomas Aquinas. The alternative is the barbaric law of the jungle, according to which only might is right.

JDr. John Eibner is a member of the management of Christian Solidarity International (CSI) and is the editor
The Future of Religion Minorities in the Middle East, Rowman & Littlefield, 2018. He frequently travels to Syria and Iraq.

Pic: Internally displaced Syrians are seen April 15 at a camp outside Damascus. The United States, France and Britain launched airstrikes April 14 in Syria to punish President Bashar Assad for an apparent chemical attack against civilians and to deter him from doing it again. (CNS photo/Ali Hashisho, Reuters)