This teacher looked into Oxfam – and learned some important lessons

Zimbabwe draws breath, but how fresh is the air?

Charles Hampton, who worked in Zimbabwe between 1980 and 1984, visits the country in the aftermath of Robert Mugabe's removal from power

"No more road blocks…it’s good! The Crocodile has put the police back in their box!".  The man waiting at Rusape gave me a toothy grin.

Emmerson Mnangagwa, the new President of Zimbabwe, has earned his nickname by surviving a turbulent career with a mixture of cunning and ruthlessness. He has promised to restore democracy and the rule of law, but it was a military coup that placed him in power and many think the army now hold power. His part in the gukurahundi, the mass murder of Ndebele citizens shortly after Independence, may yet influence the elections due in July. Visiting the country in February, I wondered what the aftermath of Robert Mugabe’s tyranny would look like. There turned out to be no easy answer because Zimbabweans are naturally cheerful, and suffering is largely considered a private matter. But if I expected to encounter some measure of resentment, caution or inaction as evidence of the trauma people had sustained, I found instead a bustling normal everyday life, beneath which lay a sense of profound relief. 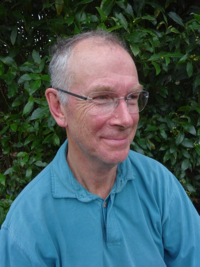 It is much too soon for recriminations to surface and the horrors of recent decades to be revisited. Ignatius Chombo, previously Minister of Finance, has been arraigned on corruption charges, but others also compromised by the previous regime remain in office. Mugabe himself lives under quasi house arrest in the suburb of Borrowdale. He is not subject to reporting restrictions and his authority appears to drain further away with each succeeding pronouncement. Mnangagwa has clearly calculated that he no longer carries a threat.

Fr Fidelis Mukonori SJ was at pains in a recent television interview to emphasise that a reasonable handover of power had taken place. A companion of the president from the early days of ZANU PF, Mukonori testified to Mugabe’s regular saying of the Rosary while on the campaign trail. Mukonori was also a member of the Catholic Justice and Peace Commission that investigated the terrible crimes of the 5th Brigade in Matabeleland in 1983, bloodshed which Mugabe had clearly instigated. But this did not deter him from remaining Mugabe’s confessor through all the intervening years. It was to Fr. Mukonori that the generals turned last November to broker a bloodless coup. The meetings he chaired went on for a fortnight and at the end he witnessed the aged dictator sign himself out of office with mutual satisfaction. "His face glowed", he said.

Not everyone can sit on a fence as uncomfortably sharp as this, and unsurprisingly Fr. Fidelis has attracted many disbelieving comments on social media. The profound enigma of Robert Mugabe’s faith and practice can be further attested by the fate of St Augustine’s Mission, the Anglican high school in Manicaland where I taught from 1980 to 1984. In the era post 1945, the fathers of the Community of the Resurrection secured the first ever ‘O’ levels among their pupils. In the late 1970’s the school, situated near the border with Mozambique, found itself caught up in the activity of ZANLA guerrillas. One Tendayi Pfeferere was shot dead by Rhodesian forces on campus. In 1981 Mugabe promised primary schools for every child and accompanied by several government ministers paid the mission a visit. My six-year-old son and his classmates presented him with a cockerel; it was a day of celebration and harmony.

Yet 25 years later, far from seeing this precious heritage of outstanding education consolidated and built upon, Mugabe unleashed the renegade bishop Nolbert Kunonga to lock congregations from their churches and plunder their coffers. The schools too were not spared his depredations. On my recent visit to attend classes at St Augustine’s, I saw strip lights hanging by one end, flooring upheaved by damp, and every book in the tattered library wrapped in a plastic bag. The students were as well turned out and enthusiastic as I might hope for, but why this wanton destruction? Why turn on your own people?

Among my former students in Harare – bankers and business people in their fifties to whom I once taught economics, the mood was cautiously optimistic. Richard spoke of a new confidence among worshippers at his Anglican parish in Greendale. A lesson had been learnt there to value and safeguard what they had. Shepherd, a social entrepreneur in the high density suburbs, welcomed the gradual lessening of obstacles and coercion, and the opportunity for people to get on with their lives, regardless of political affiliation. 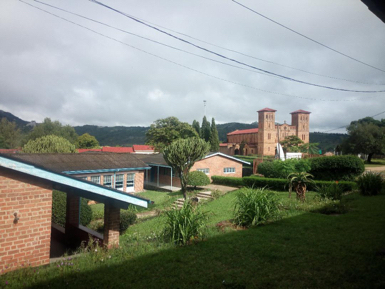 A sense of blossoming social cohesion was also something I experienced on a long bus ride, occasioned by an accident to my hire car. A passenger at the very back, the worse for drink, called out loudly for a reduction in his fare. Given the chronic shortage of cash, money was exchanged by means of phone apps and he was handled with tact and firmness by the young ticket seller. She had calmly squeezed her way past a vendor holding a box of drinks and crisps above his head and several members of an apostolic sect in white robes and who had clattered aboard at a country halt.

It was clear from numerous such encounters that the joy felt on the streets of Harare on 18 November had not yet abated and that a culture of tolerance, familiar from the post UDI era, was reasserting itself. The hope in evidence can be summed up by the story of the ‘Windi’ street children, notorious for their daring as thieves, who on that happy day had not only offered to take snaps of the revellers, but then handed their phones back! Are they still to be trusted now or have they reverted to their old ways? I would encourage would-be tourists to make their way back to this beautiful country to find out for themselves.