Thought for the Day: is it really 'deeply, deeply boring'

Who are the British movers and shakers in the Vatican?

In researching her new book, Catherine Pepinster found that Brits have increasingly significant roles in Rome

The English have long had a love affair with Rome and evidence of it is everywhere in the Eternal City. Head to the Spanish Steps, and you will find Keats House next door, the museum dedicated to the Romantic poet who lived and died in Rome and was typical of his age; the genteel and well to do English loved to stop in Rome as part of their Grand Tour. Then further north there is the British School, tucked away by the Borghese Gardens, home to talented Brits enjoying an artistic sojourn in the City.

But these examples are all about love of the arts, love of the ancient world, and a certain nostalgia for the grandeur that was Rome. But there is another, much more contemporary reason for the British being in Rome – the Catholic Church today. Of course, countless Britons have visited the city over the years as pilgrims. What has become noticeable since the start of this century is that increasingly the British are movers and shakers in the Vatican.

That became evident during my time as editor of The Tablet and while I undertook research for my just published book The Keys and the Kingdom – the British and the papacy from John Paul II to Francis. Britons have significant roles in the Catholic Church’s HQ, from being in charge of religious orders (as Sr Jane Livesey is, heading the Congregation of Jesus), to working in universities (Sr Helen Alford), or having key roles in the Vatican (Archbishop Arthur Roche, Secretary at Divine Worship). 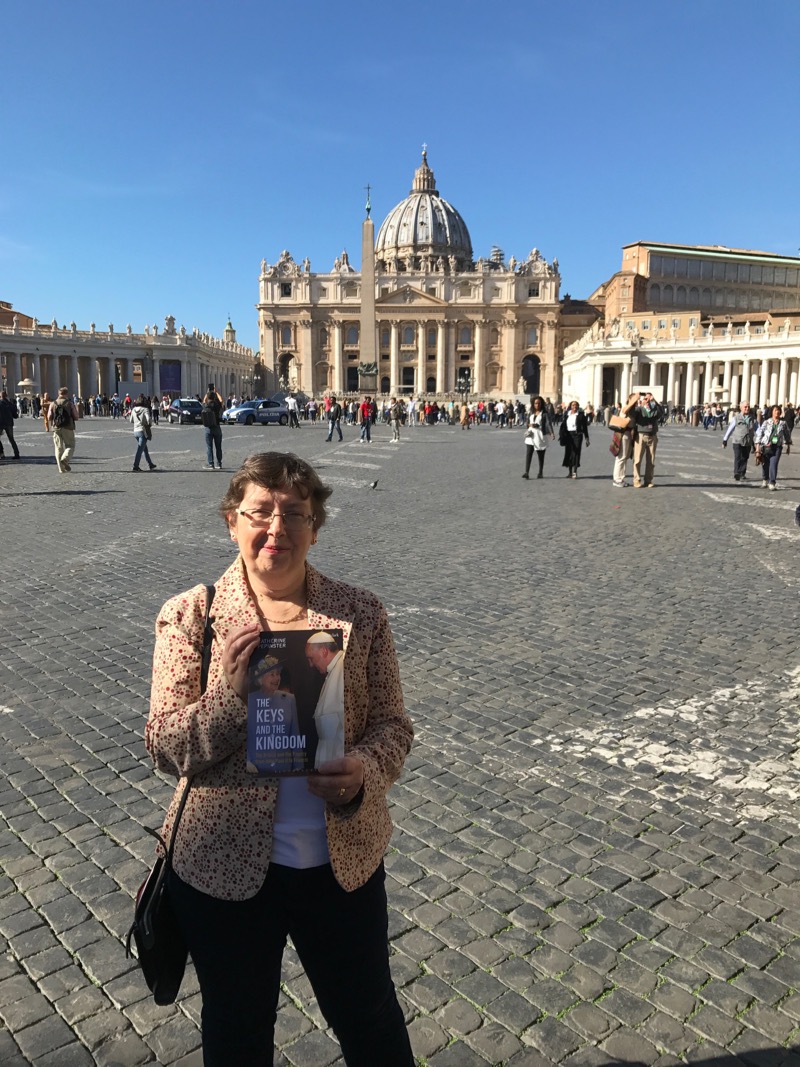 This was brought home to me at the end of last month when I was in Rome for the installation service of the new director of the ecumenical organisation, the Anglican Centre, in Rome (full disclosure: I’m now the Centre’s Development Officer). After the Anglican service – held at the Catholic Church of Saint Francis Xavier and involving many Catholics – we adjourned to the Centre around the corner at the Palazzo Doria Pamphilj for a joyful celebration. That the Anglican Centre is based at the palazzo is another reminder of British influence in Rome; the Pamphilj family, one of Rome’s most ancient and notable clans, is half British. The reception guests included many of those working in the Vatican, including Britain’s most influential Vatican official: Archbishop Paul Gallagher, Secretary for Relations with States within the Secretariat of State, who had given the homily at the installation service.

Gallagher is in effect the pope’s foreign minister, one of the Holy See’s most experienced diplomats who advises Pope Francis on his dealings with states and international organisations like the United Nations.

He has risen higher than any Englishman has in Rome for generations. 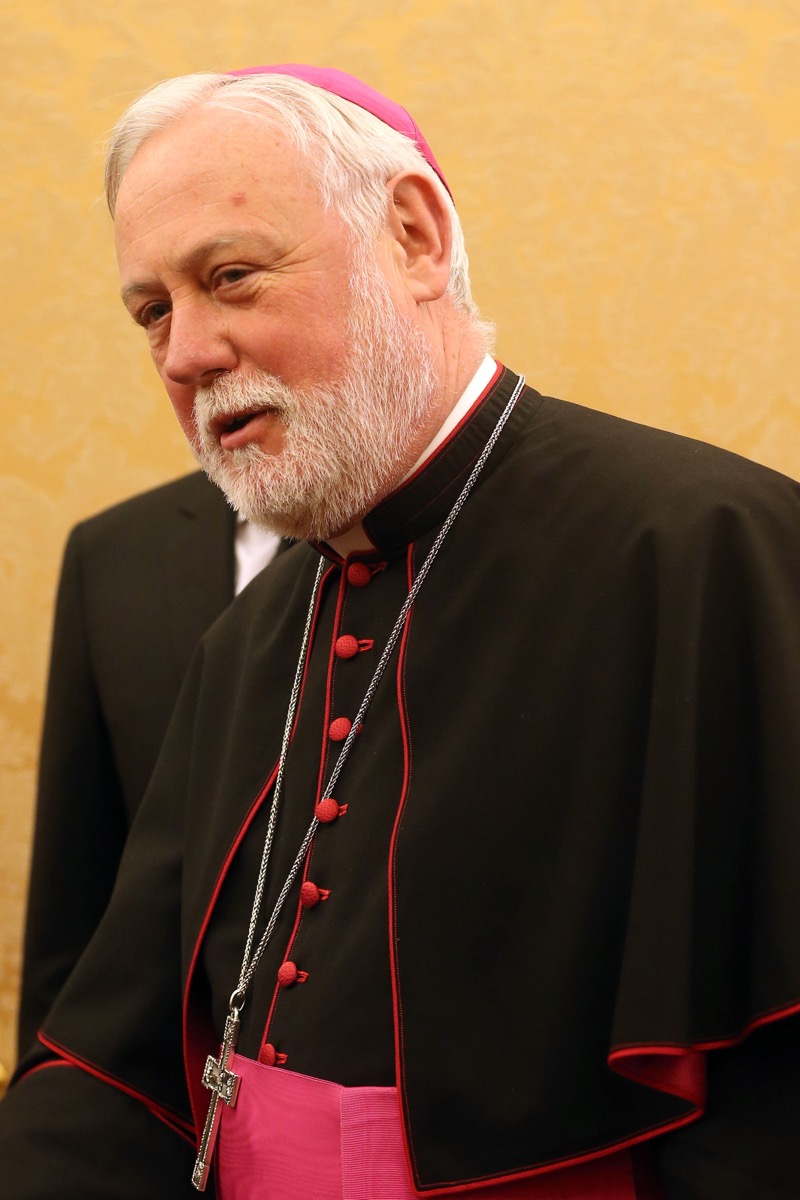 Does this role of the British in Rome matter? As I researched my book and learned more about the papacy, I realised that it does. Having Brits in Rome helps the Vatican understand more deeply our country. This was evident in the run-up to the papal visit of Benedict XVI in 2010; two key players who helped organise the visit and draft papal speeches were Brits then working in the Secretariat of State: Philip Whitmore, now rector of the English College, and Leo Cushley, now Archbishop of St Andrews and Edinburgh. And Britain is useful for the Vatican; it helps them understand how the Church can function in an increasingly secular society.

The impact of Britons in Rome, though, isn’t just about them understanding us; it’s about the British getting a better idea of the workings of the Church. And especially at a time when this Brexiting country seems more insular, being in Rome offers a global perspective.

When I spoke to Cardinal Vincent Nichols as part of my research I found that he agreed with this much of this analysis. He believes that Britons have a higher profile in the Curia than they have had for 100 years.

And of course Nichols himself plays a significant role in Rome, being a member of the Congregation of Bishops. While Nichols is engaged in choosing bishops, could he in turn by chosen for the top job? 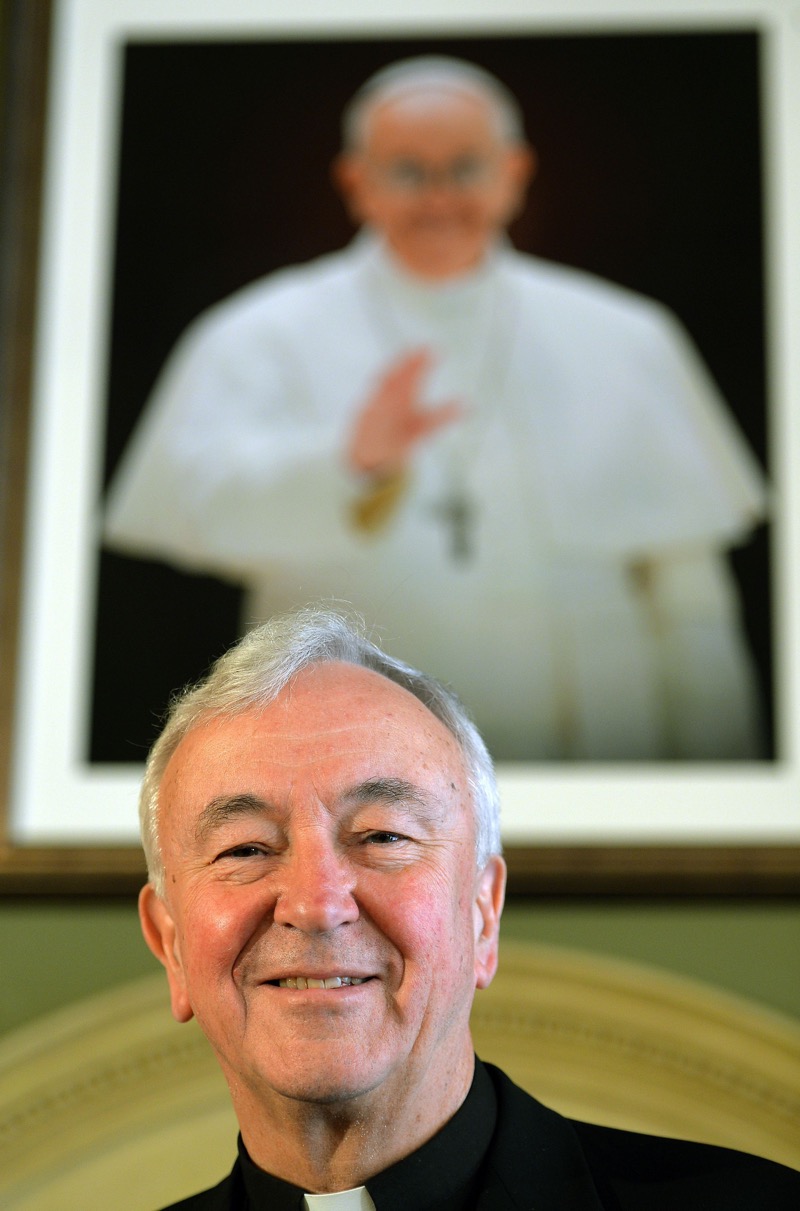 It certainly helps, as the election of Cardinal Joseph Ratzinger as Benedict XVI showed, for a papal candidate to have a high profile. Cardinal Jorge Bergoglio, though, came in his own words from the ends of the earth, to be elected as Pope Francis. But there is a certain murmuring now in the trattorie around Vatican walls, about who might be next. Who would not be a divisive figure, who might draw together different parts of the Church, who bridges the gap between faith and the secular world, who knows Rome but has a strong pastoral background as well. It’s entirely possible that with those issues in mind, thoughts may well turn to the leader of the Church of England and Wales.