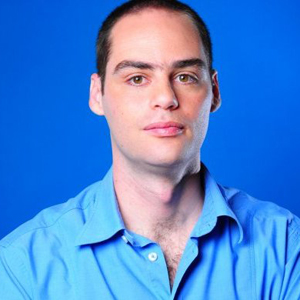 As the Fátima centenary draws to a close, Portugal prays for one more miracle

Thought for the Day: is it really 'deeply, deeply boring'

by Ted Harrison
Thirty years ago when working in the Today programme production office I often heard grumblings about Thought for the Day from fellow journalists, with sentiments being expressed that were much the same as those recently shared by John Humphrys and other presenters in a Radio Times interview.
In my day, Thought for the Day was resented on two counts. Firstly, that it supposedly ‘stuck out like a sore thumb’ - as a reflective piece in the midst of the relentless news agenda; but secondly, and more tellingly I suspect, because the Today production team did not have control over its contents.
What is interesting about the current comments by the programme presenters is that they have aired their criticisms so publicly. John Humphrys said that the slot was often “deeply, deeply boring” and suggested that it was an unnecessary feature in the programme’s schedule.
Over its sixty year history the BBC’s Today programme has changed in character and sound quite remarkably, as the recent celebrations of its jubilee highlighted. In its time it has always been at the cutting edge of broadcasting, but it dates very quickly. Now episodes of even ten years ago sound old hat.
What journalists working on a daily news programme frequently lack is a sense of perspective. The immediate and the new is always of most importance. Setting the news of the moment in a wider context is of much less interest and, of course, extremely difficult to do.
Thought for the Day is that opportunity to reflect on the long-term, indeed the eternal, significance of the news agenda. The script is not something the Today production team can dictate in that it deals with matters that are in the realm of the unknown, of mystery, rather than known, verifiable fact.
I did sympathise with colleagues in the past who complained that Thought for the Day speakers were wont to employ religious cliches. Some of the worst contributors would spend a minute and a half talking about a secular issue and then suddenly change gear with a ghastly crunch into pious mode.
Current presenter Justin Webb’s comments suggest that perhaps to casual listeners things haven’t improved very much.  ‘They’re all roughly the same,’ he said. ‘“If everyone was nicer to everyone else, it would be fine”. But from my cursory glance around the world, I think a lot of religious people don’t want to be nice to each other.”
John Humphrys complained about cutting ‘a really fascinating programme short because we’re now going to hear somebody tell us that Jesus was really nice.’
Not that I have much sympathy with Humphrys on that score, many a time other fascinating items are cut short so as to hear a repeat of a news-summary or a sports report with racing tip.
Rather than complain about Thought for the Day I would suggest to John Humphrys et al to embrace the opportunities presented. What does appear out of place about the slot is that a single speaker is allowed a view point without being challenged. Why not encourage the presenters to ask follow up questions so that Thought for the Day is the springboard to a debate? This would make the spiritual reflection on the day’s news part of the main flow of the output. It would be a valued counterpoint and indeed there could be two or three other opportunities created in the 3 hour programme for reflective thought. This would enable other thinkers who are not obsessed with the news agenda to put reported events into a wider context.
‘It seems to me inappropriate that Today should broadcast nearly three minutes of uninterrupted religion,’ John Humphrys said, ‘given that rather more than half our population have no religion at all. Certainly very few of them are practising Christians… we have Hindus of course, and we have the occasional Muslim, the occasional Jew, but by and large it’s Christian. Why?”
That Thought for the Day speakers should be predominantly Christians drawn from one of the mainstream churches is difficult to justify. But there are very good reasons for allowing the religious perspective a voice. Half the population may not identify with a church or faith, but that is not to say they do not ask religious questions. What will happen when I die? Why is there suffering in the world? These are just two of the basic religious questions almost everyone asks at some point. Given that the news agenda is dominated by reports of untimely death and suffering, these are the issues it is essential for the Today programme to reflect upon.
So far from abolishing Thought for The Day, I would suggest extending it and incorporating it into the whole output. Maybe the speaker spends the morning in the studio fielding questions from the presenters as moral, ethical and spiritual issues arise. Certainly there is a case for having a broader pool of contributors with fewer professional religious and more artists, writers, philosophers and others drawing on a wider canvas of spiritual insight. If Today continues for another 60 years as the ever evolving and changing beast that it is, and long after John Humphrys is but a footnote in radio history, one thing of which I am sure is that a thought for the day in some form will still be broadcast in the run up to the 8 o’clock news.
Back to articles
Back to articles