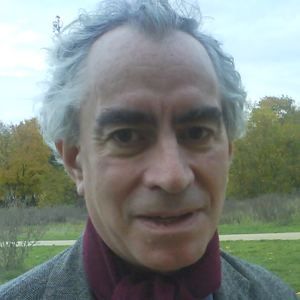 St Louis’ in Brest celebrates a daily Mass in honour of those who died in the Allied bombing, using a chalice made with jewels once belonging to those who died.

Could attacks perpetrated by women in the name of IS become a reality in the UK?

Male perpetrators have dominated the jihadi scene in the UK. Men were behind the recent IS-claimed attacks in Westminster, Manchester and London Bridge as well as the 7/7 London bombings and the murder of Fusilier Lee Rigby. However, women often support attacks logistically or financially.

Amal el-Wahabi, for example, was found guilty in August 2014 of funding her husband, Aine Davis, and other Jihadists fighting in Syria. However, the question of whether IS women will themselves commit attacks remains unseen.

A new Europol report published this week states that women have “increasingly assumed more operational roles in jihadist terrorism activities,” across Europe. One in four of the arrestees in 2016 were women, compared to 18 per cent in 2015, shows the report.

Along with increased operational roles, the role of women in jihad continues to adapt to such an extent that a female perpetrator is increasingly likely.

Women are not regarded as an equal threat to men when it comes to committing Islamist attacks. This is largely because the worldview that most adherents of Salafi-jihadi doctrine adopt believes that women are not allowed to carry out violence. Extremists adhere to a fundamentalist interpretation of Islam that restricts female roles to the home, raising the next generation of jihadi fighters and supporting their husbands, who carry out suicide missions or fight in battle.

According to this ideological stance, women are allowed to fight only if they are under attack. This role for women is portrayed in IS’ ideology as integral - sustaining the ‘caliphate’, ensuring future generations are infused with the group’s venomous worldview. IS have even produced books for women to read to their children at bedtime with stories that desensitise them to violence, inspiring the boys to kill unbelievers wherever they are, by whatever means possible.

Unlike IS, other terrorist organisations around the world are rendering a different reality and deploying women. Groups such as Boko Haram, Hamas, and al-Qaeda in Iraq have advocated the involvement of female combatants based on the idea that it is the duty of every Muslim to fight.

In Nigeria in February this year, three girls with bombs were sent into a camp for Nigerians fleeing Boko Haram. Two of the girls detonated their bombs, killing nearly 60 people, but the third girl spotted her parents in the camp and threw her explosives into the bush.

There is a clear lure for such groups to use women in this way, deploying them systematically to surprise the enemy - women are less likely to be suspected, enabling evasion from security forces.

Furthermore, in conservative societies where women are encouraged to dress modestly with loose fitting clothes, they are able to conceal weapons such as suicide vests. In IS’ first and recent attack in Iran, the attackers dressed as women as they burst through parliament’s main entrance, demonstrating the power of such disguise.

Last week in Iraq, a security officer reported a female attacker with the bomb hidden under her full-body veil. However, IS’ statement following the attack identified the attack had been carried out by a man.

Whether or not this attack was carried out by a  woman, it is possible that the group will begin deploying women soon as the group is losing vast swathes of territory across Iraq and Syria, significantly reducing their numbers of male foreign fighters.

The violent and non-violent extremism that we are witnessing across the UK forms part of a global movement. It does not happen in isolation. And as tactical innovations occur worldwide, the UK is, and will continue to be, impacted. Only last year in London a couple were found guilty of planning an attack on the 10th anniversary of the 7/7 bombings. Thankfully this particular attack was stopped, but as the Europol report states, “successful or prevented attacks carried out by women […] may act as an inspiration to others.”

What’s more, in the West, the liberties experienced by women are at loggerheads with that of extreme Islamist groups. Inevitably raising the question of what role women can and will play on their home turf if they adhere to such destructive beliefs. When this is thrown into the mix, the possibility of women perpetrating attacks in the name of violent Islamism in the UK could, unfortunately, become a reality.

Rachel Bryson is a researcher at think tank, Religion & Geopolitics, in global incidents of violent and non-violent extremism