Down to a sunless sea

Let slip the dogs of Waugh 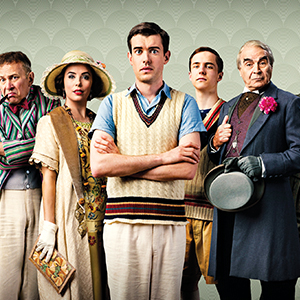 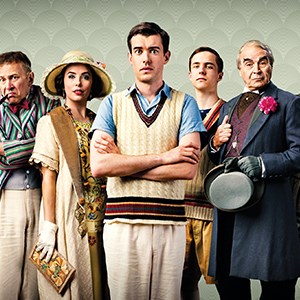 Evelyn Waugh died 50 years ago around this time last year. But if the BBC’s new dramatic adaption of his first published novel, Decline and Fall, comes a bit late for the commemorations, it makes up for it in entertainment value. Unlike the famous 1981 Granada Television masterpiece of Waugh’s own masterpiece, Brideshead Revisited, which spooled out the drama in 11 gloriously detailed and leisurely episodes of well over an hour each, Decline and Fall is a brisk, three-part confection (its brevity appealing perhaps to the shorter concentration spans of the twenty-first-century audience) that follows the fortunes of the hapless ingénue Paul Pennyfeather as he navigates his way through worlds to which he is clearly unsuited. The creators of the series, episode one of which aired this week, had clearly properly taken seriously the author’s own note in the first edition: “Please bear in mind that IT IS MEANT TO BE FUNNY.”

It is a brilliant wheeze to cast the stand-up comedian Jack Whitehall – who stars in BBC3’s Bad Education as teacher Alfie Wickers, “the worst teacher ever to grace the British education system” – as Paul Pennyfeather, the once promising divinity student destined for a career in the Church whose time as a schoolmaster in Llanabba, a dismal boys’ public school in rural Wales, is spent teaching German, a language he cannot speak, and giving organ lessons despite never having played the organ. Whitehall (almost unrecognisable without his beard) is absolutely perfect – far better than I would have imagined – and he, perhaps surprisingly for a stand-up, never scene steals. His expression of utter befuddlement, natural politeness struggling for supremacy over increasing horror, is a wonder to behold.