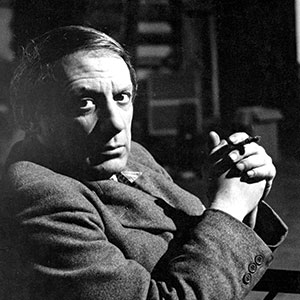 Rebroadcast to mark the fiftieth anniversary of Evelyn Waugh’s death on Easter Sunday 1966, this television interview from June 1960 began with an archive clip of the host, John Freeman, recalling his trepidation at having to deal with such a legendarily irascible figure.

“I think he disliked me,” Freeman remembered. “He was extremely nervous.” Proof of malice aforethought had emerged a moment or two before the cameras rolled when Freeman, after pronouncing his guest’s name correctly, was rebuked with the words: “My name, sir, is Waugh, not Wuff.”