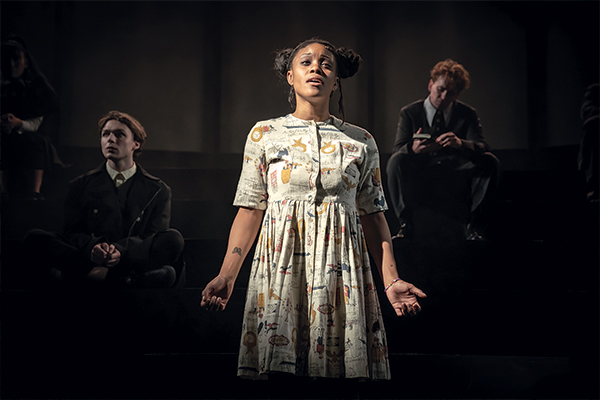 Rules of the Game
BBC1

BBC1’s new four-part psychological thriller opens (episode one, 11 January) with a dreamy-looking woman with flowing hair walking slowly along a pavement wearing pyjamas and fluffy slippers. When she reaches her destination, which looks like a modern office block, she is confronted by a gaggle of emergency services and a police cordon. What can it all mean? As it turns out, the viewer (well me anyway) has been wrongfooted from the off: the woman (played with lorryloads of northern grit by the magnificent Maxine Peake, inset) is in fact the tough, take-no-prisoners CEO of a sportswear business. She only looks dreamy because she, as usual, had her earpods in and she was only wearing nightwear because the human resources department had decreed a wearing-pyjamas-Friday-funday to encourage some bonding in an office where the employees seem to either hate each other or have unbonding sex – often both.