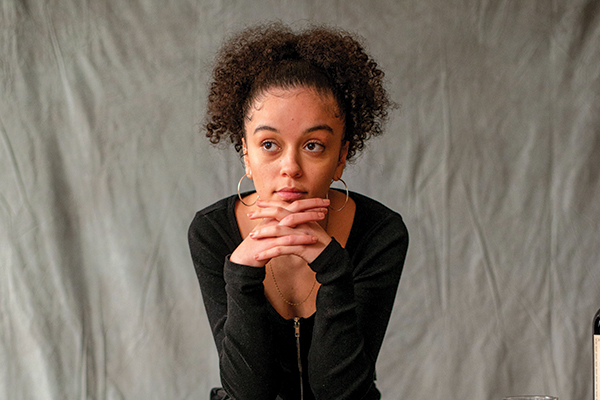 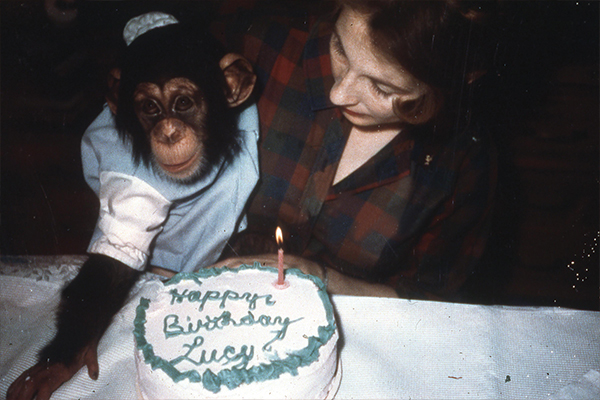 In 1976, Janis Carter was a student of primatology at the University of Oklahoma, home of a pioneering project to teach chimpanzees sign language. To earn some pin money she took on the job of feeding and cleaning up after a chimpanzee called Lucy that had been “adopted” by a psychologist, Maurice Temerlin, and his wife Jane, who referred to her as their “daughter”. Lucy, who had been taken from her mother when a newborn, had been brought up by the Temerlins as if she was human, with “every human comfort possible” – she ate their food (using a spoon), played with a human doll, enjoyed looking at herself in a mirror, had mastered 120 or so words of sign language and, by the time we meet her in the documentary, could make herself a gin and tonic and light a cigarette. By 12, however, she had also reached chimp mating age and had suddenly become so violent and unpredictable that the Temerlins kept her locked in a cage. Janis was told not to approach her.