In the name of the father 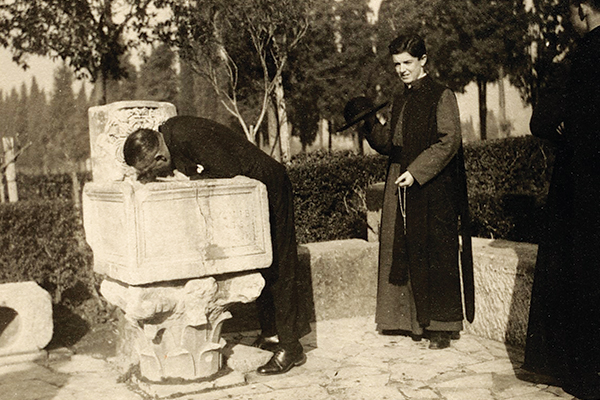 Young John Croall in Rome in the 1950s, where he was studying for the priesthood

When Heather Croall finished high school in Australia, she made her way to Scotland: her ­parents had been raised there, before emigrating in 1970, and she wanted to find out more about her family and her heritage. In Glasgow, an aunt she hadn’t seen since she was a small child welcomed her and dug out the photo albums. “There’s your dad,” she said. To her surprise, Croall found herself staring at a photo of a man in a cassock in Rome in the 1950s. John Croall, it turned out, had spent his formative years studying for the priesthood at Blairs College near Aberdeen and later at the Scots College in Rome. His mother had been thrilled to have a son accepted for the priesthood, and even more delighted that he was chosen to study in Rome.

All this was news to Heather: the dad she knew was a busy obstetrician in the southern town of Whyalla to which they’d moved when she and her brother and sister were young, but he’d never mentioned being a priest. Oh no, not quite a priest, her aunt corrected her: John had decided, at the eleventh hour, not to be ordained, and had returned home to Scotland.