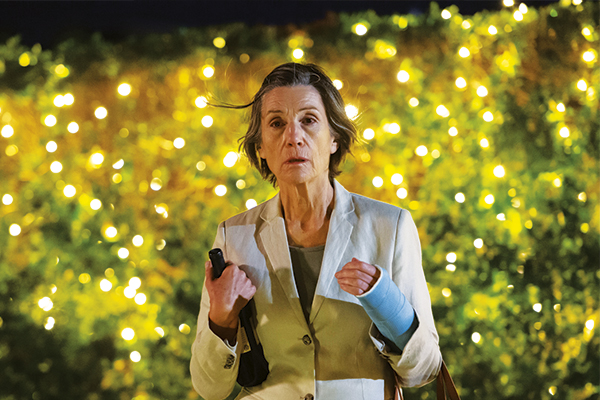 Looking death in the face 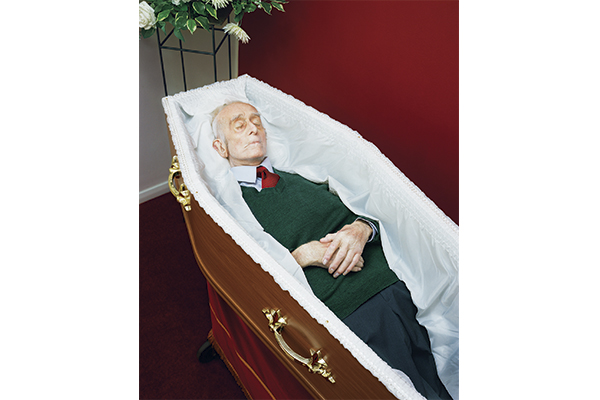 Christianity gave death a pivotal place in Western art, but rarely is it portrayed as starkly as in a new photography exhibition

When David Stewart’s mother died 10 years ago and he went with his father to see her laid out in the chapel of rest in his home town of Lancaster, he left with a feeling of regret at not having recorded the moment.

As a photographer, Stewart records moments that strike him as significant, and often uses family and friends in his images. Five Girls, the picture that won him the Taylor Wessing Photographic Portrait Prize in 2015, was a post-graduation group portrait of his daughter and her four closest friends. Stewart is a keen observer of the stages of life. An earlier series, “Fogeys”, pictured pensioners “growing old disgracefully” with sympathy and humour: in one photograph three old men wearing party hats sit happily dangling their feet into an open grave; in another his octogenarian father, Geoffrey Valentine Stewart, who suffered from glaucoma, stands in steamed-up specs in front of his fogged-up greenhouse.

From the stages of life to the stages of death is a natural progression. After his 93-year-old father died three years ago and was about to be laid out in the same funeral parlour, Stewart resolved to do something about it. When he asked the undertakers if it was all right to take pictures they assured him that a lot of people did, though they were surprised at the lengths to which he went: “It was a little strange for them that I was stood on a chair with a big plate camera and a cloth over my head.” He normally stages his shots to recreate situations he has observed in life; this time the undertakers did the staging for him and he left everything exactly as it was.